Admit It: You Don’t Like Frank Ocean’s ‘Blonde’ Either 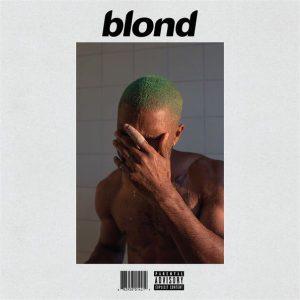 I’ve tried my damnedest to like Frank Ocean and his new album Blonde. But I don’t, and I’ve come to the conclusion that nothing is wrong with me for not liking it. On the contrary, there is something wrong with the droves of folk out there claiming they like it too. Those people are liars.

In talking to my wife about Frank Ocean, she likened him to a Black millennial Taylor Swift, and that is one of the most apt descriptions of him I’ve ever heard. Just like Taylor Swift, everybody claims that they are a fan. When you say you’re not, people look at you sideways like there is something wrong with you or you were raised on a distant planet where music doesn’t exist. But when you really look at either of these artists, there just isn’t much there. Frank Ocean has an astonishingly unremarkable voice, and the entirety of his career has been built upon hype from taste makers and writing credits on Beyoncé and Jay-Z albums. He’s got all the wistful thirsty fans of Kanye West without the catalog to back it up.

As I agonizingly listened to Blonde twice (since it’s never fair to judge any album off of just one listen), I was haunted by an internal metric I use to judge nearly every album I listen to: would this be better if it was someone else’s album?

And in this case, I am certain the album would have been 1,000 times better if it were performed by someone else.

Historically, Frank Ocean has sung every song in nearly the exact same way. There is no uniqueness in his delivery. He could be singing about getting high, searching his soul, his favorite fried chicken, or the woman he wishes was his wife. In every instance, he sounds the exact damn same.

That’s where I get lost on Frank Ocean. I try to listen to his lyrics, and sometimes they’re brilliant. Other times they are utterly infantile. When I listen to his vocals, I sometimes hear the magic of Motown in his runs. But most times, I hear a man who needs a swig of water, a Ricola, and a few deep breaths. And then when I try to digest his work as a whole rather than as the sum of its parts, everything that I find interesting about him seems to fade away in favor of a sequence of random yet repetitive sounds and insightful lyrics delivered without punctuation or gravitas.

So you can understand why I might be a bit bothered when I read headlines proclaiming Blonde as “an album that will make an indelible mark on pop culture” or anointing Ocean “today’s most evocative and daring male R&B songwriter.” How far have we fallen for this to be proclaimed as the height of our creative expression? How low is the bar?

But I submit that Frank Ocean isn’t the problem, just another symptom of it.

The music industry is diseased and has been for decades. Some time between the advent of 90’s pop and the emergence of Napster, the industry traded on itself. Fearful of declining profits, it doubled down on commoditization, viewing every artist, album, video, single, and concert tour as a product only, ignoring the artistic merit that used to inspire hearts and minds. Now we scour YouTube, SoundCloud, XM Radio, and indie concert halls in search of the beauty we once took for granted and exalt those that display flashes of it.

Frank Ocean has his moments: a poignant lyric, an emotive trill, a beautiful melody left to stand unto itself. It’s in the melodic fluidity of “Pink + White”. The freewheeling individuality of “Solo”. The raw uncertainty of “Seigfried”. The bluesy undertones of “Self Control”. But his moments are just moments, fleeting and easily forgotten, lost in the sea of unremarkable elements that make up the bulk of his album. For me, that’s not good enough.

So don’t feel bad if you don’t get it. Don’t feel like something is wrong with you or you aren’t cool enough. It’s not you. It’s the music.

Stream the album below via Apple Music.