Four Ways Patriarchy Became The Norm In My Romantic Life 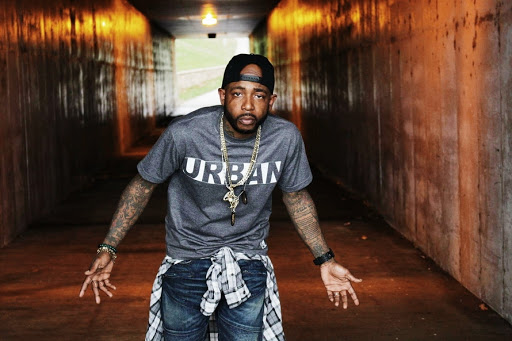 I recently watched a video where trans men explained the idea of male privilege. In the video, they talked about how, after transitioning, they experienced a sense of freedom when walking down the street and moving in public spaces. They noticed that people stopped cutting them off when they spoke. In essence, they were shocked by the ways that their perceived manliness made people treat them like humans.

Their comments were so striking because they made me reflect on the ways that male privilege (the process wherein male and male-presenting people gain undue benefits just by the nature of their perceived gender) and toxic masculinity (the ways that patriarchy operates to create a culture where male and male-presenting people are expected to exhibit harmful behaviors usually against women) have informed my life. As I recounted my many interactions, I realized the countless instances and hours of my life that I have spent trying to avoid predatory, stalkerish men. In fact, so much of my life has been dedicated to patriarchy that it has become as normal as breathing.

Here are just four ways (of the fifty-leven I could list) patriarchy has affected my daily life for as long as I can remember.

1. Growing up, the way I learned a boy liked me was if he physically hit me, usually in the breasts or butt.

The first time I encountered this was in fourth grade. I remember it because my breasts were just growing. They were tender everyday and my new bra escapades had only seemed to make them feel worse. One hot summer afternoon, I was walking in a group of girls to the corner store. A group of boys, some of whom we knew, others we didn’t, were walking several steps behind us. As we were turning into the store, a boy who I had had a crush on jumped forward and punched me in the right breast. The boys all cried, “ooh, Jon likes Jennifer.” The girls giggled.

In that moment, I felt both embarrassed and flattered. It was like I had been inaugurated into young womanhood with this problematic ritual. As I grew up, these experiences became more frequent and more uncomfortable as men frequently gave themselves permission to violate my physical person without my consent. But, this was what young people just did in the eyes of many. I never questioned how it was affecting me personally. Even worse, it took me years to begin to critique the unhealthy romantic advances these experiences conditioned me toward.

2. Once I developed breasts, hips, and thighs, boys and men frequently engaged in conversations with me about sex and rearing children.

“You got them child-bearing hips” was a phrase I heard as early as twelve years old. I heard it from boys at school, musicians at church, and men on the street. I remember hearing it on the way to my junior high school one morning with a boy who frequently rode the bus with me. We were talking about my new braids when he slowed down, tilted his head to the left and ogled my growing “assets” as he called them. The next question he asked, “You planning on having kids one day? Cause damn…”

This was a friend of mine whom I had never once spoken to in a romantic way. But, there was always this unspoken rule that my body, like the bodies of other women, was open for male consumption. My opinions or preferences were negligible. Over time, I came to see this type of male consumption as the norm.

3. Walking home always involved unwanted catcalling, an uninvited walking partner, a request for my phone number, or other engagement with male strangers.

When I was a teenager, walking home was an exercise in cunning. I actually don’t remember a single time in my life that I have been able to leave my home, use public transit and walk into my destination with being asked (by men) about my height, if I’m married or single, if I have children, if I can slow down and talk, why I won’t smile, etc.

Being over six-feet tall at twelve meant that I could never have a chance at blending in. So, I tried to camouflage my shapely figure. I was fourteen years old the first time I attempted to “ugly it up” (a way to look less attractive to men so as to avoid their gaze). I wore baggy pants, looser fitting shirts, and a jacket throughout the summer. I left dresses and skirts for church (as if I would somehow be protected from these unwanted interactions there). I literally developed a formula for existing outside. That is how serious toxic masculinity gets.

4. Men frequently touched or exposed themselves to show me they were “packing.”

I saw at least a dozen cishet male penises before I was ever sexually involved with anyone. At one point, it felt like they were showing up everywhere. While watching a movie. While waiting for the bus. While eating dessert. I couldn’t escape them.

There was this idea that showing people (usually young women who were presumably heterosexual) one’s genitals would somehow impress them and entice them into sex. What is most disturbing about this notion is that it forces women into unwanted acts of sexual exposure with the expectation that they will then reciprocate with a sex act or a similar type of exposé.

Being socialized in these types of environments and social situations taught me two things: 1) that my personhood would be considered an afterthought when interacting with heterosexual men, and 2) that violation of my bodily autonomy would continue to be an issue throughout adulthood.

When young people are conditioned in this manner, they rarely learn what it means to give and receive healthy romantic advances. In the end, more conversation needs to be had around the types of interactions so many people have taken for granted, and how our normalization of harmful patriarchal actions against women perpetuate these issues. These conversations must be restorative of our communities and committed to moving us each to a place of freedom from all systems of exclusion, isolation, and oppression, even the ones we exhibit amongst ourselves.