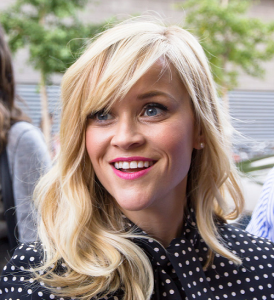 I have to be upfront and admit that I am not a fan of Reese Witherspoon’s filmography. But, it wasn’t until recently that I realized why. She basically plays a mainstream white feminist in every single movie. No, that’s not a compliment.

And yes, I have receipts.

Let’s start with the obvious: Witherspoon has played in movies like Cruel Intentions (1999) where she was a blonde sex object for male consumption. In the film, she is a well-off, innocent girl (with a southern accent) who ends up being the subject of a sexual bet between two elite prep schoolers. The film is almost too unapologetic in its sexism and misogyny but there are other roles she has taken on which seem less clear in their problematic nature.

The Legally Blonde series was one of the first times Witherspoon played a character who, one their face, was actually complex. The protagonist, Elle Woods, is unceremoniously dumped by her boyfriend and, in an attempt to win him back, Woods applies (and gets in!) to an Ivy League Law School so she can show him she is a woman who can have it all.

The sorority girl – who we are supposed to reduce to her blonde hair, high heels, propensity to wear pink, and perpetually chipper attitude – ends up exposing corrupt politicians, solving major environmental protections cases, and basically saving the world without every having to skip a day at the spa. And, she still gets the guy.

While many people love these films, few ever really examine the ways that Elle Woods is the literal embodiment of early feminism with its focus on convincing white male wage-earners that their white wives (not all women though) had a right to work outside of the home, could accomplish dreams that didn’t include childbirth and family rearing, and were capable and navigating the world without the aid of a man. This wasn’t just the backdrop for Legally Blonde though. Witherspoon’s movies kind of follow that trend to a T.

One of her most problematic films is the 2002 box office hit Sweet Home Alabama. I first saw the film back when it came out. It was my first semester of undergraduate and a group of girls at the dorm wanted to see the film. I wanted to see Signs but I relented when they convinced me it would be “fun, girl time.” I watched the film in a state of perpetual boredom but when I looked around the theater, I saw folx giggling and even crying at times.

In the film, Witherspoon plays an Alabama native named Melanie Smooter. Convinced that her little backwoods town isn’t enough for her and tired of being her husband’s wife, Smooter changes her last name, moves to New York City, and becomes a fashion designer and socialite. She forgets all about her hometown and everyone there, including her ball and chain husband, parents, and closest friends. When she becomes involved with a vacuous, womanizing casanova (who also happens to be the New York mayor’s son), she has to go home and face her past, including her estranged husband who refuses to divorce her.

Late in the film, we find out that the couple suffered a miscarriage early in their marriage which prompted Smooter to move away. In response, her husband explains that he “thought that baby would be an adventure and it took [him] a while to realize it would be [her] only adventure.”

But, the twist is, he too was living a lie. He actually “got his life together” so she would accept him. He bought a business and has been stacking bills waiting for the day when he could go to New York and win back his love. Witherspoon’s character only steps out of her boundaried lifestyle to prove that she can be more than someone’s wife and someone else’s mother. She ends up caught in her lie and has to come clean that she still loves her husband and wants to stay married.

In the end, Smooter moves back home and has a baby with him. They go on to own their business together and live happily ever after. So, in essence, she ends up exactly where she would have been if she had never left, except now they have a lot more money.

In her 2012 film, This Means War, Witherspoon is the play thing of two, over-masculine, heterosexual men who use her as winnings in a bet (sounds familiar right?). The catch is: the two guys are spies with the US Government and she is nearly killed when an illicit bad guy (with an accent of course) kidnaps her. It is Witherspoon’s character who ends up taming the lover boy and again, living happily ever after.

Witherspoon’s films often take on this tone. They rely on the heteronormative idea that all women really want is to prove themselves to men. They suggest that the key to real happiness and personal fulfillment is in adding digits to one’s bank balances or collecting sexual partners. And, sadly, they rarely feature non-White people.

This is important too. Even as Witherspoon’s characters are meant to push back against harmful stereotypes of women, they do nothing to engage with race, class, and sexuality. They literally uphold the status quo for everyone except well-off white women.

Clearly, Witherspoon herself can’t be blamed for the zeitgeist behind the demand for these sorts of movies, but her acting career does suggest that attractive, white, blonde women in movies still resemble much of the stereotypical tropes of womanhood and feminist activism that so many folx have been attempting to dismantle. While it isn’t always terribly obvious to understand what people mean when they talk about “mainstream feminism,” I think Witherspoon’s films are a great introduction to precisely how narrowly-minded and limiting this brand of social activism truly is at its core.