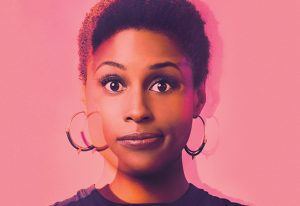 Issa Rae has built the entirety of her career off of the success of her webseries The Misadventures of Awkward Black Girl. Her YouTube page became a hub of her own production company, Issa Rae Productions, through which she was able to launch a wave of other webseries and host a wide-ranging slate of content from other creatives. But it is her newest work, her HBO series Insecure, that has cemented her genius.

Millennials are hungry for entertainment that represents us. As a generation known for its penchant for social media and seemingly endless consumption of entertainment, there is a remarkable void of mainstream entertainment that is actually targeted at this group, especially women and minorities. But now Issa Rae’s long-awaited series is filling that void. And it’s a one-of-a-kind marvel.

This show speaks to the millennial experience in a completely unique way, and I suspect it’s because a millennial herself is at the helm. Sure Rae’s character (aptly named Issa) faces less than ideal employment, relationship woes, and worry about what lies ahead, but Insecure doesn’t paint millennials as lazy or down-trodden or spoiled. Instead, Rae’s character is what many millennials actually are, young adults trying to make it in a rapidly changing world.

If there was any disappointment I had in the show’s premiere episode, it was that the show feels like Awkward Black Girl‘s older cousin. I had hopes that Rae would craft an entirely fresh series, but her character and her workplace are pretty much carbon copies of their predecessors, down to the unique homemade rapping and “down” white supervisor.

At the same time, Insecure is much more refined. The script is tight, and the storytelling seeks to do more than just provide belly laughs, there is real emotional depth. Rae has moved on from tackling awkwardness and is digging a bit deeper to the insecurities that bring about those awkward moments.

But what really puts Insecure over the top is the friendship between Issa and Molly (played by Yvonne Orji) that acts as the show’s foundation. As omnipresent as the concept of #BlackGirlMagic has become, this series truly embodies it. And it is at its peak in the subtle moments in the show. It’s in the way Issa jokes that Molly’s vagina is “broken” as she struggles with being single. It’s how scathing their “gentle barbs” of each other are. It’s in how they make up over Flaming Hot Cheetos and dip. Sure, there is plenty going on around them, but at the core, they’re just black girls. And in today’s current entertainment landscape, something that simple is refreshing.

Insecure is directed by Melina Matsoukas (one of the directors behind Lemonade) and written by Issa Rae and Larry Wilmore. The show debuts on HBO on October 9th at 9:30 PM, but you can see the first episode now on HBO GO or through your on-demand services.