The Trouble With the Commodification of Athletes’ Labor 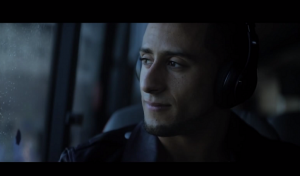 Protesting is hard. It is also isolating. But, it gets even more complicated when money is involved.

At several points in my life, I have found myself unsupported by others who had previously indicated that they were fed up with the unjust treatment they were facing. When I took a risk by speaking up about those conditions, they clammed up, lied, and completely abandoned me out on the limb I had climbed for them. That usually resulted in the whole protest becoming my cross to bear when those who shared in my concerns couldn’t speak on it for fear of repercussions. This is precisely the conundrum facing 49ers quarterback Colin Kaepernick, his peers, and his protest of the national anthem, just on a much grander scale.

Kaepernick has been peacefully protesting the national anthem for months now. He has faced harsh criticism and lots of speculation about the impact the protest might have on his endorsement deals with major companies like Apple-owned Beats by Dre and Electronic Arts, best known for its Madden brand of video games.

Unlike me, raising eyebrows and pissing people off in Corporate America or the academy, Kaepernick’s role as the lead of a winning football team makes him a primary focus of the public’s eye. Simultaneously, it puts him in a complex and vulnerable position: he is at once working for a corrupt super structure predicated on the exploitation of predominantly Black and Brown men and the poster child for major companies seeking to further their brands by associating themselves with his winning image.

In some ways, he is the master of his financial fate, but, in most others, he simply is not. These tenuous ties to capitalistic organizations hampers his full autonomy and agency, making him both master and subject of his own political existence. While this is a positionality that I empathize with, part of me wonders if the focus on his lack of financial power and its controlling force on his public and private behavior should be seen as a liability rather than an asset.

Perhaps athletes like Denver Broncos linebacker Brandon Marshall have become cautionary tales to others after he  lost two endorsements following his support of Kaepernick’s protest. These losses, for him, are less important than the point of his protest. And, he has said that he isn’t “losing any sleep” over them anyway. But, Marshall is a professional football player. The rules are a bit different in other arenas.

In the cases of Cleveland Cavaliers superstar LeBron James and Golden State Warriors savant Steph Curry, it seems the stranglehold of the commodification of professional athleticism was enough to dissuade them from support of Kaepernick and other similar movement efforts. 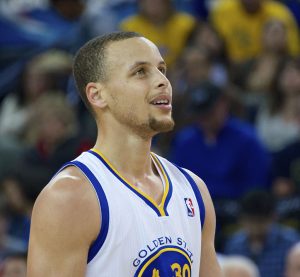 Curry used a lot more words to say something similar when he told reporters, “I plan on standing…there are ways that everybody can affect the mindset of people around them and the awareness of what is going on without, in that moment with the national anthem playing, kneeling.” He then used air quotes calling Kaepernick’s demonstration a “protest.”

Unlike the NFL, NBA players are contractually obligated to stand for the national anthem. But, that, to me, is precisely why their lack of support is so disappointing. James and Curry play in cities (Cleveland and Oakland, respectively) that have seen ongoing issues with state-sanctioned or privately funded violence against Black Americans. Two prominent examples of this are Tamir Rice and Oscar Grant. There are undoubtedly countless others who remain unnamed and unseen by mainstream media. These are just the sorts of injustices that Kaepernick is kneeling for. That James and Curry can so easily disregard that effort seems more compelled than natural to me.

The thing about our addiction to professional sports is that our expectations of these mostly Black and Brown players are 100% political. Whether it is said plainly or not, these endorsements, the jersey sales, the Fanstasy Football lineups, and ticket purchases are all the ways that consumers and companies control the behavior of their favorite athletes. Sure, they are what contribute to those astronomical paychecks, but they are also predicated on a certain set of norms and rules about how those players will represent their teams, their endorsers, and, in some ways, their very country.

The commodification of these athletes’ work is especially problematic when one considers that many of these players come from historically underprivileged and pervasively underserved communities whose real and present dangers include gentrification, hyper-policing, constant surveillance, and the criminalizing of Black and Brown people, certainties that are implicitly linked to the very labor these young men produce for the NBA and NFL.

None of this can be subsumed under the trite and simple notion of “sellouts.” James’ and Curry’s support of the national anthem just isn’t that simple. And, while it seems apt, Kaepernick and Marshall aren’t truly “radicals” either. Rather, what we are witnessing is a counternarrative forming around the agency of Black and Brown athletes. We’re seeing the birth of the idea that athletes actually have power. When they are willing to divorce themselves of the compulsory performance of solidarity with the same agents who have and continue to contribute to their and their community’s demise, they are making new spaces of political engagement for others like them.

If nothing else, Kaepernick’s risk is creating a new set of conversations, a new approach to public work, and a fresh set of logics for us to think through what liberation truly looks like. And, finally, more of us have some skin in the game.