Nate Parker is the Unrepentant Abuser We Know Too Well 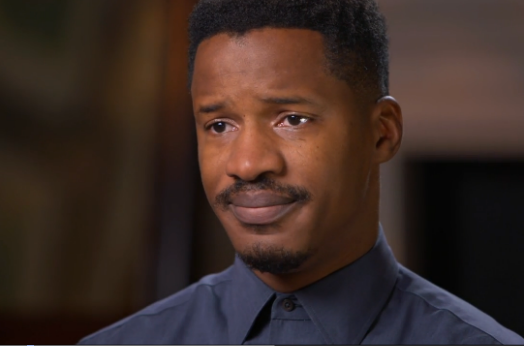 As the Friday debut of his Nat Turner inspired film Birth of a Nation approaches, filmmaker and actor Nate Parker continues to field questions about his 1999 rape trial involving his co-writer Jean Celestin and a young woman who died by suicide in 2012. Sadly, his most recent interviews suggest that he still sees his abuse as secondary to his film-making. Once again, an abuser has centered himself in the trauma of someone he has traumatized.

While he has, at times, appeared to understand the gravity of his harm against the young woman and its explicit impact on the conditions of her death, in his recent appearances on “60 Minutes” and “Good Morning America,” Parker showed that even the mere discussion of those events were unfair to him. He offered no apologies and doubled-down on his claims that he was “vindicated” in court, disappointing entire swaths of fans and critics whose simple request is that he acknowledge and show remorse for his actions.

On October 2nd, Parker sat down with CNN Host Anderson Cooper for his appearance on “60 Minutes.” When asked if he believed he should apologize to the family for his actions 17 years ago, he replied with the following:

I’ll say this: I do think it’s tragic, so much of what’s happened, and the fact that this family’s had to endure, with respect to this woman not being here. But I also think that—and I don’t want to harp on this, and I don’t want to be disrespectful at all, but, at some point, I have to say it. I was falsely accused. I went to court, and I sat in trial. I was vindic—[with tears welling in his eyes] I was vindicated. I was proven innocent, I was vindicated. And I feel terrible that this woman isn’t here, and I feel terrible that her family had to deal with that. But as I sit here, an apology is…no.

The following morning, Parker sat down with Robin Roberts on “Good Morning America” to discuss the film. But, when Roberts questioned him about the rape trial, he became agitated, frequently interrupting her and saying “I addressed it so many times. Did you see the “60 Minutes” interview with Anderson Cooper?” Roberts let him know that not everyone had seen his interview the night before while asking about whether he would offer an apology.

Parker looked exasperated with the line of questioning and said, “I’m not going to go through…I’ve said it, I said it last night. I was falsely accused, I was proven innocent and I’m not going to apologize for that. I feel terribly about that situation. But at some point, we have to ask ourselves, why are we..this is a film that is important to us.”

WATCH: "I was falsely accused. I was proven innocent. I'm not going to apologize for that." – Nate Parker on past rape claim pic.twitter.com/0W3otx4XIn

As Parker deflected the questions about the rape trial, moving the conversation back to his new movie, Parker solidified (for many people including myself) several things. First, he made it clear that the progress he seemed to have made when discussing the rape trial with EBONY in August was actually a smoke-screen. This has been confirmed as we get closer and closer to the film’s release. Parker has become less and less willing to acknowledge his role in the events that would later lead to a young woman’s death. But, beyond that, he often suggests that this discussion is distracting us from his “important work.” But what about the important work of restoring a community after harm has been committed? of transforming injustice? of accounting for the ways we harm one another especially men against women?

Second, Parker’s refusal to apologize – which is literally the least he can do – shows how rigid his notion of justice is and precisely who it refers to. Time and again, Parker rattles off historical facts about injustices facing Black people in the United States but never has he framed he and Celestin’s assault of a young woman as a form of violence, an unjust action that results directly from patriarchy and rape culture. As many reviews of Birth of a Nation suggest, the film is reflective of his limited conception of oppression, often objectifying Black women and reinforcing the same systemic violence these women face today. So, if “justice is love in public” as scholar Cornel West suggests, what exactly is Parker’s dissidence in the face of calls for public remorse and accountability for his offense?

Lastly, perhaps what’s worst about Parker’s lack of introspection on this issue is the way he has alienated survivors of sexual assault.

As I watched these clips, all I could think about was my own experiences as a survivor of repeated sexual abuse in high school. The man who abused me offered me trips to San Francisco, NBA Playoff tickets, and promises of expensive stays in Las Vegas hotels. Months later, when I ran into him again, he made polite conversation with me, asked me how I was doing, and attempted to flirt with me. After I made it clear that he had harmed and violated me, he joked about it, made excuses, and even suggested that I was into it. But, he never offered an apology.

There is something particularly disturbing and inhuman about refusing to apologize to a living person who one has been harmed. But, as in Parker’s case, to be unwilling to apologize to a woman who has posthumously become an object against which he has sought to justify his manhood (by using his wife, sisters, mother and daughters as props), to legitimate his professional accomplishments (as seen in every interview when he pivots to the film), and to confirm his status as a producer of “important work,” is truly confounding. In fact, Parker seems most upset, discombobulated, and offended when aspects of his identity and experience are questioned. Yet, when this young woman’s short life is discussed, he is stony, solemn…even cold.

As people rush the theaters to see his film on debut weekend, I deeply hope that the images those viewers see become interlaced and connected with Parker’s own political situatedness, his lack of reflection and personal responsibility, and his unapologetic abuse. I hope they see him scowling at Robin Roberts, beckoning her to move away from the abuser he is to the saint he hopes to become. I hope they see him force back tears when he discusses how hard it was for him to go through a rape trial while looking on peacefully as he feigns compassion and empathy for his deceased victim. I hope they see R. Kelly, Bill Cosby, and the great many other prominent Black men whose “important work” has silenced our justified rage.

This is what shameless, remorseless, unabashed patriarchy looks like. When an apology appears to be the breaking point for an abuser and no one rages in the streets, mass media isn’t in uproar, and we literally proceed with the status quo, we’ve all lost. So, maybe too many of us are content with losing this time around.