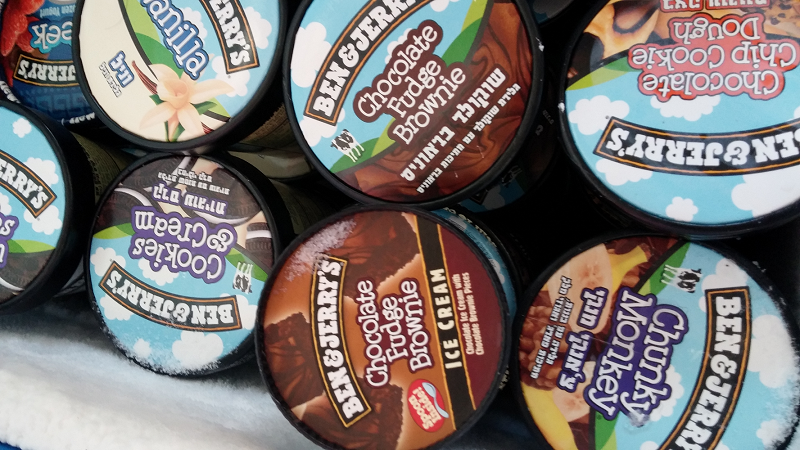 Anyone who reads my writing knows that I am pretty stringently anti-corporatist. For moral, ethical, and philosophical reasons, I do my best to avoid companies who have known human rights disputes, public failures to take responsibility for the ways they contribute to the exploitation of marginalized people, and ongoing issues with honesty, fairness, and justice for their lower level employees. Ben & Jerry’s isn’t one of the corporations.

Recently, the niche ice cream producer has come under fire for publicly supporting the Movement for Black Lives. They posted an article on their site called “Why Black Lives Matter.” The statement starts by saying:

They matter because they are children, brothers, sisters, mothers, and fathers.

They matter because the injustices they face steal from all of us — white people and people of color alike. They steal our very humanity.

Systemic and institutionalized racism are the defining civil rights and social justice issues of our time. We’ve come to understand that to be silent about the violence and threats to the lives and well-being of Black people is to be complicit in that violence and those threats.

We ask you to join us in not being complicit.

Over the weekend, I stumbled across an article they had up on their blog called “7 Ways We Know Systemic Racism is Real.” In it, they attempt to debunk the idea that America is “postracial” by discussing the many ways racism has been embedded in every facet of life. They explain that employment, Healthcare, and most other aspects of public life show the inequalities and disparately negative effects on Black Americans. Most importantly, B&J encourage their consumers and fans to learn about their own issues with implicit bias, go talk to their friends and family about the topic, and, generally, just do better.

The interesting thing about their corporate activism on behalf of Black Americans is that their business model doesn’t require it. Most people will still buy Cherry Garcia, Chunky Monkey, and Blondie Ambition ice cream no matter what Ben & Jerry’s does with their public persona. Meanwhile, corporations for whom their activism is directly linked to the financial and social outcomes of many in communities of color seem much less inclined to take a stand on such an important issue as Black Lives Matter.

Comparatively, companies like Walmart – whose employees often come from poorer, lower-skilled communities of color – continues to cheat those same people out of the necessary means to survive in the US. As a part of their cost-cutting and profit maximizing policies,  they even purposely understaffed stores in minority communities while providing better service in predominantly White communities. Not only that, they have actively fought federal policies (like raising the federal minimum wage) that help to ensure greater parity between social groups in the US.

Another great example of bad corporate behavior is Disney. While they are not as egregious as Walmart in cheating their employees out of their deserved wages, Disney continues to use corporate policy to limit their financial responsibility for employees of color and increase their profit. A primary example of this is Kiara Muhammed, the 11-year-old who was the voice actress for the popular character Doc McStuffins from 2012 through 2015. The actress’s mother Anitra Muhammed is currently suing Disney for setting her up with single-day contracts for the duration of her work. In the first season of the show, she only made $5,000. Further, Disney has failed to provide the dividends from merchandise revenue Muhammed earned during her employment. Let’s not forget that this is the same company that marketed indigenous symbols, faux skin, and mimicked tattoos as a justifiable  (yet overpriced) “Moana” Halloween costume. They only stopped sales when community activists urged them to stop selling a derivative of “Brown face.”  This is the type of intentional exploitation that Disney has performed for years.

Meanwhile, Walmart hasn’t gone out of business and Disney is still one of the most sought after children-oriented companies on the globe.

In the end, it’s heartwarming that Ben & Jerry’s has the gumption and the courage to speak out against the atrocities facing so many Black Americans in this country but far too many others do not. Like Walmart and Disney, the are countless other corporations whose business models rest on their willful disregard for the harmful and violent nature of our social and political status quo in the United States. Hopefully, the audacious and disruptive work Ben & Jerry’s is doing will encourage other, less activist, corporations to get on the “right side of history” where Black lives are concerned.