Well-Meaning White People And Respectable Black People Are Not Revolutionary 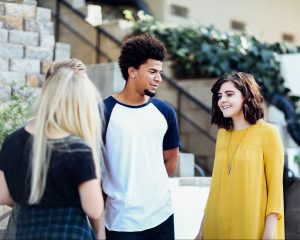 One of the most disappointing byproducts of mass elections in a winner-take-all electoral system, like the one in the United States, is the aftermath of animosity once a winner is called. People inevitably pick sides, sometimes truthfully based on the candidate they supported, at other times dishonestly because they didn’t have the courage to support a candidate they never thought would win. But, this time around, the animosity from well-meaning, usually White people and respectable, assimilating Black people seems targeted at poorer, younger, less well-connected people of color. And, frankly, I’m sick of it.

The first response after Trump won the election was a downpouring of pointing fingers. First, the Black women did it. Nope, not true. Then the Latinx folks did it. No, wrong again (especially in places where Latinx make up large portions of the population). It took some time for mass media, most liberal Whites and elite Blacks to realize that White people, once again, broke America. But, as per usual, they expected people of color, namely Blacks and Latinx, to clean up their mess.

Tragically, well-meaning Whites and elite Blacks seem to struggle the most with understanding how their passivity in the face of racial-sexual oppression and repression creates the terrain for people like Donald J. Trump to (pretty easily) capture the presidency. Well-meaning Whites, who usually espouse the colorblind post-racial “I don’t see color” mythical theology of race, often complain to people of color about their “racist cousins” and “sexist friends” without ever having the courage to confront those people on their shit. Likewise, elite assimilating “Talented Tenth” wannabe Black people spend so much time distancing themselves from poorer, unrespectable Black people that they inevitably condone the injustices against them.

To be clear: This means that sitting on one’s hands and saying and doing nothing in the face of injustice is just as bad if not worse than the explicit, unapologetic racism that ushered in our orange president-elect.

There is so much work to be done if we are to move past this finger-pointing politics. To start, Whites need to take an active role in educating themselves and others around them. This does not mean Facebook messaging one’s only Black friend and asking them to do the emotional and intellectual labor to get you up to speed about the last four decades of Blacks in America. Rather, it means taking the initiative to research the issues facing people of color in the United States via organizations like the Movement for Black Lives or the many other community groups associated with the work.

This also means that Black, Latinx, and Asian folks have work to do too. We each need to learn not only about the system we have been racially and sexually oppressed by but also about how our country works fundamentally. We have to take ownership of our respective communities before we can demand better. Specifically, elite, well-to-do Blacks have to examine the ways that internalized deference to white heteropatriarchy fuels their intentional distancing from Black Diasporic people who don’t fit in the generic citizenship rules often reserved only for Whites.

The fact is that no matter how one “behaves” or contorts one’s self to be acceptable to a neoliberalist system predicated on the exploitation and consumption of those that make up the “other,” there will always be a system of stratification which privileges the few over the many. That is, unless we all do something about it. This is not about reforming existing systems. Rather, we must revolutionize, dismantle, and build together in the ways that center the least among us.

Yes, this is the time for action and that action must begin at home, with ourselves, our friends, our families. Only then can our work have the possibility of revolutionary action. Otherwise, it just looks like the status quo.