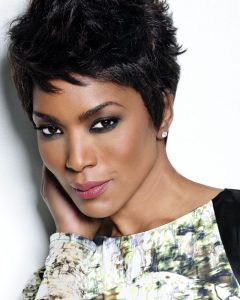 They say “the blacker the berry, the sweet the juice.” If that’s true, Black Panther is about to have us on a sugar high.

Way back in January, I proclaimed that Marvel’s Black Panther would be the blackest comic book movie ever. But with each subsequent casting, the movie manages to get blacker and blacker. The newest addition? The one and only Angela Bassett has been cast as Black Panther’s mother Ramonda.

I’m already salivating for the scenes those two will share, especially after Black Panther had to watch his father perish in Captain America: Civil War. From the comic books themselves, Ramonda is known to be a strong yet wise and loving woman, a role that seems tailor-made for Bassett.

She joins a veritable cavalcade of black star power in the cast including Chadwick Boseman as the titular Black Panther (T’Challa), Michael B. Jordan as Erik Killmonger, Lupita Nyong’o as Nakia, Danai Gurira as Okoye, and Forest Whitaker as Zuri among many others. All directed by Ryan Coogler (Creed).

This is yet another sign of the high potential Black Panther has. It’s one thing to have a “black film” populated with black actors. But these are all black actors who have each made significant achievements in cinema. It would take something like a truly special indie film or a major blockbuster like this in order to get them all on the same cast. To have these are all known names in Hollywood uniting to be a part of the first major comic book movie starring a black hero, the symbolism is unprecedented (and I’m sure those Marvel checks don’t hurt either).

These castings signal the growing power of Blacks in Hollywood, and we are clearly in a new era where black films are breaking out of niche category and storming the mainstream.