Trump’s Presidency Actually Is Normal Though… 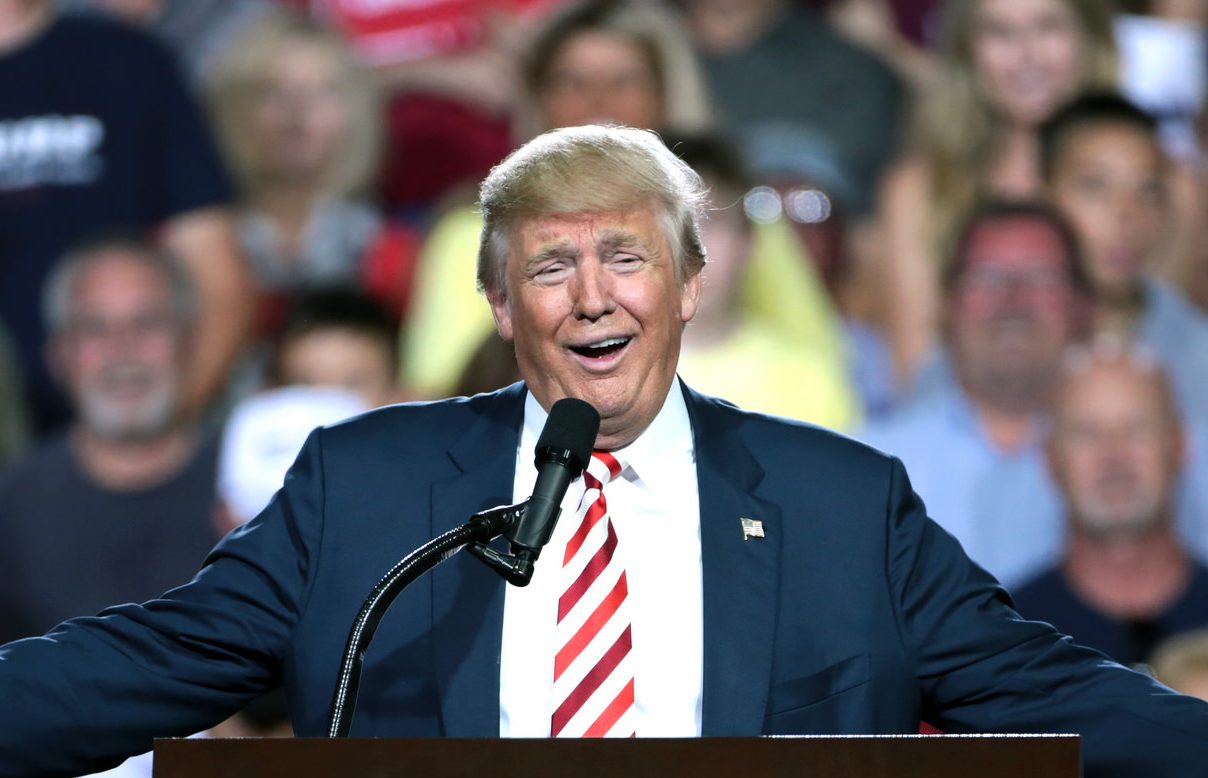 White people’s shock bores me. It’s that kind of bored that makes me just want to change the channel on whiteness and look for better programming.

I’m tired of the stressed out, anxious, hypertensive, frenetic whiteness that has been bubbling up everywhere since Trump shape-shifted from Agent Orange to President-Elect. The more white people try to pretend that Trump’s election is some sort of outlier, the more they deny the systems that allow them to be shocked in the first place.

Let me give some background about my frustration: I was one of those people who watched the presidential election results on Tuesday, November 8th as each state was called. Rather than sit at the dining table with my family, I sat cautiously hunched over my plate in front of our big screen, anxiously anticipating what I hoped would be another historic election (it was historic but not for the reasons I had hoped).

I followed fivethirtyeight.com and watched the various tickers bounce up and down over the course of the evening. I watched Nate Silver et al. bumble around with poll numbers, flummoxed at the incongruencies across their models.

I, like many other queer, Black or brown, mothering, womenfolk watched hoping that the country that had indirectly made me so many grandiose promises since September 10th, 1984, would keep its word. I watched with the same type of hope I did in 2008 but not with the same confidence. Yes, I was hopeful that the collective voting public in America (meaning an overwhelmingly white cohort of people) would tone down its level of ain’t-sh*ttedness. I wasn’t confident but certainly hopeful.

Even though I was never “with” Hillary, I was most certainly with the idea that the nation was moving forward toward a particular set of progressive leaning tenets. Yes, I am aware that Hillary Clinton’s politics were no different from those of some of the vilest politicians this nation has ever seen. And, yes, I am also aware that President Obama is not free of blame. However, it was materially, if not just symbolically, important to many people who come from marginalized backgrounds that Donald J. Trump not secure a win that night. I was one of those people.

I, even after having worked as an activist and researcher of the politics of race, class, sex, and gender for many years, believed that there were enough people who thought like me even if they didn’t look like me, who aspired for our nation to espouse certain basic justices, who, at least to some degree, sought to preserve the snail’s pace with which we (the collective ‘we’) were inching toward those inalienable rights so many of us had been alienated from.

When the final results were decided, I wasn’t surprised. I didn’t think I had missed something. Rather, I was disappointed in those (white) people who had ignored the steady move toward the explicit and institutional doubling-down on inequality in the decades leading up to the election. I was disappointed that the work so many of us had done to collectively engage our communities on more progressive political initiatives would not be put into action under the incoming administration. I was disappointed in the blind disregard so many (white) voters had for so many (non-white) others. But, I wasn’t knocked off my chair.

Meanwhile, for the past month, we have been inundated with the cries that “this is not normal” and that “we can’t just sit back and accept” these results from white liberals when their safety pins weren’t enuf. So many of them just can’t believe that this could happen in their country. Ya know, their country where all the queers are white and male, all the Black people are straight men, and all the women are Amy Schumer, Tine Fey, Sarah Silverman, Lena Dunham, and Hermione. All of a sudden there are concerns from white liberals about “fair and free elections.” This was not a fair and free election. But, when has this country ever seen a fair and free election?

Just to be clear: this the same country that took 200 years to enfranchise Black folx only to strip away their protections of that right 50 years later. Many previously incarcerated citizens still cannot vote. Young people, poor people, differently-abled people, and so many others cannot access the polls (which we see was a major issue yet again this year in this “free” country of our’s).

I say all this to say that the rampant responses of shock and awe, grief and vexation from Pantsuit Nation and other corners of the Internet (including many mainstream media sources) are completely disconnected from the realities of many marginalized folx who half-expected these results. Many of us come from families where members were turned away from polls, not in the 1940s, 50s, or 60s, but in 2016. Many of us have watched atrocities in our own communities deliberately ignored by those elected to represent our concerns. Hell, we all watched as 43 presidents emerged before the one biracial guy who was willing to call himself “Barry” and tone down his blackness got a shot.

Trump is as normal to America as apple pie. He is gold-plated Sunday Night Football with a side of American machismo. Until folx start to grapple with that honestly, there is no actual possibility for building together. Rather than feign ignorance of our history, thereby valorizing ourselves as better than we actually are, we need to normalize Trump. We’re not better than him.

We need to accept the fact that he is and will be like so many presidents before him. To deny that fact will only water the soil for someone like him to game the system in four or eight years.