If you can’t be happy for Ciara and Serena, it’s probably because you’re a misogynist 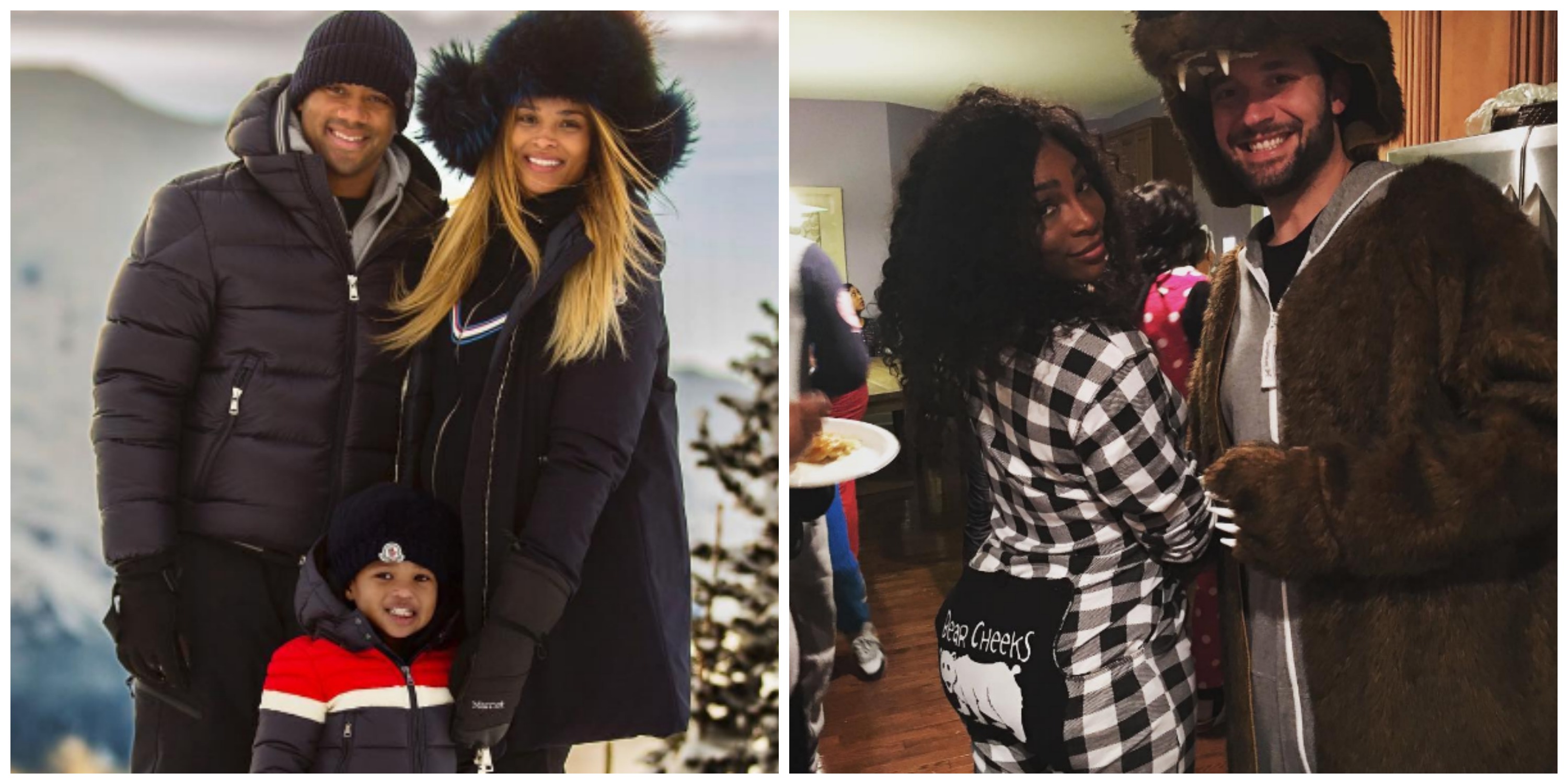 Let’s be honest, most of y’all couldn’t get with Serena or Ciara (or any level-headed woman) on your best day. And, yet, you stay pressed about who these women date, marry, and parent children with. It’s sad and triflin’.

In an adorable post on Reddit this week, the greatest-of-all-time Serena Williams announced her engagement to Reddit Co-Founder, activist, and billionaire Alexis Ohanian. Within seconds, the Internet erupted with mixed levels of support and similar degrees of vitriol. In particular, many Black men on social media expressed their frustration with her relationship, mainly because her beau is white.

Many of these Black men expressed their feelings of betrayal, like they were somehow linked to Serena romantically (or at all). They expressed anger at her choice to marry whoever the hell she wants (and, let’s be clear here: she picked a woke ass billionaire so I mean…).

One headline referred to Serena as “Drake and Common’s Ex” which is funny since she is a bigger star than them both combined. The infatuation with Serena’s ex-boyfriends is just another way we have all been socially conditioned to see women as appendages of the men around them.

Some even took this news as an opportunity to question Serena’s commitment to blackness, a baseless critique given that this is a woman who has never been scared to challenge European beauty standards that are inherently raced and gendered or proudly declare her worth in spite of the senseless comments from her detractors.

The idea that Serena owes these Black men anything – namely, a say in her romantic life – is peak masculine fragility. It’s that thing where men define themselves and their manhood by the ways they dominate and undermine the humanity of women. These types of reactions stem from the fact that many of them believe that Black women’s identities should be inherently defined by their appeal to Black men. It is by this type of objectification that many Black men justify violence and harm against Black women who do not comport with their hypermasculine, penile affections.

While watching all of this unfold, I couldn’t help but compare these reactions to the nastiness hurled at Ciara since she began dating and eventually married Seattle Seahawks quarterback Russell Wilson in July 2016.

Ciara, who is probably best known for her impeccable dance skills and modelesque physique rather than her music career, was once engaged to rapper Future. She co-parents an adorable son, Future Jr., with her fiancée even as he has publicly disrespected her and Wilson’s relationship and undermined Ciara’s parenting choices. Like Serena, Ciara has had to endure the droves of aspirational Black men who could never but keep trying to come for her man.

While Wilson is not white, the reactions to Ciara committing to a new relationship have been all too similar to those aimed at Serena. Fans of Future responded by calling Ciara a “hoe” and saying she has “mental issues” all because her son called Wilson, the child’s stepdad, “papa.” The same slander continued in October when Ciara and Wilson announced their pregnancy. The notion that Ciara should be shamed for planning a family with her husband is baffling to say the least but aligns uniformly with the backwards logics of anti-Black woman, Black male fragility.

So, it’s time to get one hundred percent real on the matter at-hand. These men (who I prefer not to link directly to because no thanks) who are suggesting that Serena and Ciara are “run through,” “manly,” and “second-hand” are the same dudes who complain that Black women don’t want to marry or support Black men. They are also the men who frequently refer to us as “females” and say asinine things like “a dime a dozen” to refer to Black women who they hope to attract.

These men hate Black women (which is specifically misogynoir – a term coined by Moya Bailey to describe the gendered hatred of Black women). Rather than examine the ways that their commitments to patriarchy and toxic masculinity are harmful to Black women, they would rather place the emotional burden on us to love them through it all. For women like Serena and Ciara, that is just not what they are about to do. Neither of them wants to be with Ashy Internet Larry. And that’s okay.

Ciara and Serena are two of the most beautiful, accomplished, athletically blessed Black women in the galaxy. They could date literally anyone. An. Knee. One. I trust that they have upgraded appropriately.