Need some end of year blackness? Here are our 14 best posts of 2016 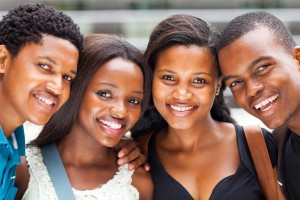 2016 has been one hell of a year. Here on the precipice of 2017, I personally can’t wait for the year to be over. But we’d be remiss if we didn’t stop to take a look back at 2016 and all of the amazing content we produced. From Beyonce to the Pulse Shooting, from Colin Kaepernick to Queen Sugar, from race relations to marriage, read our hand-picked list of our best pieces from 2016.

14. Beyoncé’s New Video For “Formation” Is A Sign The Black Y2k Is Coming

2016 was Beyoncé’s year. And it all started when she dropped the video for “Formation”. In this post, Jenn outlines how this Blackness supernova of a video, with Beyonce’s long blonde braids and hot sauce in her bag, was the first major sign of unapologetic blackness that would slay us in 2016.

13. Marvel Centers Whiteness, Even When Trying To Be Diverse

I make no effort to hide my love for Marvel. I’m a comic book nerd from way back, and Marvel has always been the best in my book. At the same time, I have no problem calling them out when they’re in the wrong. And the trailer for the new Spider-Man: Homecoming movie showed that Marvel was ok with adapting everything from the popular Ultimate Spider-Man comic book except its Afro-Latino lead.

12. Colin Kaepernick And Our Collective Denial That Football Is (Already) Political

Colin Kaepernick took a stand this year by taking a knee during the national anthem at his games. And while many people asserted that this act was infusing politics into sports, Jenn pushed forth the truth that football has always been political, and the compulsory playing of the National Anthem at the start of every game is our most concrete proof.

Since Donald Glover’s Atlanta debuted on FX, much of Black America has been singing his praises.But after 3 weeks of tuning in, I just didn’t see the funny. And I was certain that there were a lot of other black people out there that felt the same way.

10. 10 Places Your Black Ass Shouldn’t Move If You Wanna Stay Black and Thrive

One of our most popular posts of the year, this post was inspired by my own feelings as I thought of possible places to move. Looking across the country, I immediately saw a lot of places that I wouldn’t move to if you paid me. So, I compiled the top 10 worst offending states in America for Black Americans.

There were a lot of great albums released this year. Yes, Beyoncé’s Lemonade, definitely dominated the zeitgeist, but masterful works from J. Cole, BJ The Chicago Kid, and Solange are not to be overlooked.

8. 10 Things I Have Learned In Ten Years Of Marriage

I celebrated 10 years of marriage with Jenn this year, and over all that time, we’ve both learned a lot about ourselves and how to make a relationship work. This post shares intimate insights that are bound to applicable to any relationship. 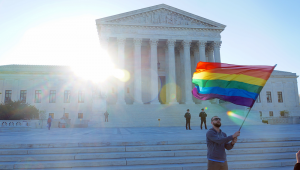 7. The Pulse Shooting and the Intersections of Our Phobic Values

There were a lot of tragedies in 2016, and the Pulse Shooting rocked the country. It cast a light on the immense hatred that still permeates through the country. But with this post, Jenn took a deeper look at the mindsets and attitudes that lead to these tragedies as well as the significant hurdles that hinder preventing them from happening again.

6. As An Overweight Queer Black Woman, I Need More From ‘This Is Us’

The TV success story of the year was This Is Us, NBC’s new drama that chronicles the ups and downs of a non-traditional American family, from its origins to their current day struggles. But in all of its efforts to be representative of marginalized communities, it doesn’t go nearly as far as it should (and could). Jenn explains exactly why she feels so conflicted about the series.

Mental health issues for Black people received a lot of visibility this year, and celebrity admissions in this area were a major part of that. In this post, I discuss my own mental health struggles in line with those if Kendrick Lamar and Kanye West.

Year after year, many call out major award shows for their hyper-white focus, and #OscarsSoWhite has been the biggest rallying cry. The (ignorant) push back to that has been to point out that the BET Awards are only for Black people, insinuating that this is some sort of equality. So, we did the work of actually digging through all of the nominees and winners of BET Awards to prove that white people have a historically better chance of winning a BET Award than a Black person has of winning an Oscar.

3. We Can’t Recover From Donald Trump

Yes, a Donald Trump presidency is right around the corner. And out of the ashes of the recent election, many are looking for ways to “recover” from his candidacy. But recovery isn’t possible because he is only representative and symbolic of the true, racist problem that still exists in the hearts and minds of far too many Americans.

My favorite show of the year was Ava DuVernay’s Queen Sugar on OWN. The performances are stunning, the cinematography is awe-inspiring, and each episode was directed by a woman. And beyond all of that, the storylines speak directly to the places Black people hold today and historically in America.

1. There’s Nothing More Threatening to Whiteness Than Black Joy

We cover a lot of race stories and issues on this site. At times, it can feel like the fight is too big to ever be won, and the only sensible option is to relent. But even when things seem darkest, remember that all of these tools are meant to crush your spirit. Instead of giving in, fight back with the weapon that threatens them most: your joy.