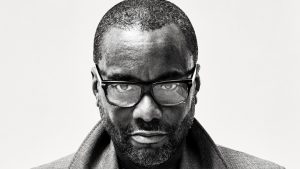 Lee Daniels has been a major force in entertainment for years now. From his big screen successes with The Butler and Precious to the small screen juggernaut Empire, his work has drawn praise from diverse audiences. Yet and still, his mouth is problematic as hell.

When you’ve got something good, you want to hold onto it. And Lee Daniels is something good at first glance. His projects are high-profile and give much-needed attention to Black actors. His mere presence in Hollywood helps to diversify the stable of directors and the Academy. But when you take a closer look at his work, there are very few positive portrayals of Black people. And even worse, his words continue to undermine and damage the Black community as a whole.

As such, Lee Daniels has officially more than met the threshold for nomination to the Race Draft. Here are 5 pieces of evidence I submit as proof:

1. He evoked the term “reverse racism”

No matter what some of the people who troll our comments section may say, “reverse racism” isn’t a real thing. Just watch comedian, activist, and friend of the blog Aamer Rahman’s explanation if you have any doubts. So when Daniels came for Monique during an interview with Don Lemon, claiming that she was making “unreasonable demands” to the point of him thinking “‘This is when reverse racism happens” during the Oscar campaign for Precious, he earned a hard side-eye from all of Black America. I mean, it’s a special skill to be able to push the idea of reverse racism while simultaneously blanketing a Monique with the angry Black woman stereotype.

2. He wished away the reality of racism

In case Daniels’ ideas on racism weren’t clear enough, he has now claimed that it isn’t real for him because he doesn’t “embrace” it. As if we can make racism go away if we shut our eyes real tight, cross our fingers and toes, and chant “racism isn’t real” in a prayer circle. Someone like Lee Daniels making statements like this is highly dangerous. Because his platform is so large, one ignorant statement like this discredits the thousands of voices that are pushing to eradicate racism every day and feeds into white people’s desire to turn a blind eye to its sinister effects.

As a black gay man operating in Hollywood, you’d think he’d much more sensitive to the barriers people of color face within that industry. But for Daniels, it’s the exact opposite. He has openly undermined the #OscarsSoWhite movement, calling those behind it “whiners” and questioning if “we only do this for the awards.” No, artists don’t do their work just for the awards, but it’s immensely disrespectful to act like we shouldn’t demand what is deserved. It’s also ignorant to not address the impact that winning those awards has in the entertainment industry and one’s paycheck.

I guess he thinks that if he has the mental superpowers to erase racism for himself, anybody else can do it too.

4. He thinks welfare offices are full of Black women and children

Sometimes I wonder why ignorant people have the hardest time keeping their mouths closed, and Daniels’ comment about walking into a gay men’s health crisis clinic in New York was a perfect example. In an interview with Larry King, he said the following:

“I expected to see a room full of gay men, but there are nothing but women that are there – black women with kids, I thought I had walked into the welfare office.”

Seeing a gay men’s clinic full of women receiving treatment for sexually transmitted diseases didn’t incite feelings of concern for those affected. Instead, it immediately brought to mind welfare, and this is the type of prejudicial pathology that expect from a member of the Ku Klux Klan, not a black man who claims to be “obsessed with” and “in love with” black women.

5. He thinks centering whiteness will heal the wounds of racism

This is the one that put me over the top. His newest FOX TV series Star follows a girl group from Atlanta looking to make a name for themselves in the music industry. I watched the series sneak peek that aired in December, and despite its share of problematic moments, it wasn’t all that bad. Still, his decision to cast a white woman as the series lead, named “Star” of course, has prompted questions. He responded to these questions (in the same interview on The Real where he wished away racism) by stating

He went on to say:

“I thought that it was important to address race relations in America. We are truly, I believe, in a civil war. And I think that when we understand that we’re all one, that will we then understand America.”

That’s some of the most “new black”, colorblind, praying at the altar of whiteness BS I’ve heard in a long time. We don’t heal from racial tension as a country by centering whiteness. We heal by remedying that which has been done wrong. And if Lee Daniels can’t understand that, we don’t need or want him on our team.