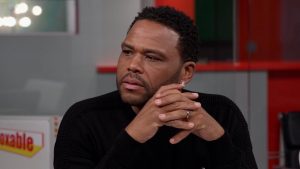 I understand why everyone is fawning over ABC’s black-ish. I even get why the most recent episode has seen rave reviews. However, what I cannot abide is the idea that the show “perfectly” sums up how Black Americans felt after Trump’s election. Not by a long shot.

black-ish is must watch TV in my household. On the show, the well-to-do Johnson family struggles with being highly successful and wealthy in Los Angeles while still having to navigate the world as Black people. Andre “Dre” Johnson (played by Anthony Anderson) is always engaged in some type of inappropriate conversation about race at work. Recent Golden Globe winner Tracee Ellis Ross plays Rainbow Johnson, Dre’s wife, who often fights for legitimacy despite being an ER doctor and tackles colorism issues as her father is White and her mother is Black. And their children fight to define what their own personal Blackness looks like.

As a southern California native, I can fully identify with the specific struggles the Johnsons go through, and for 30 minutes each week, black-ish helps me to regain a bit of my sanity and face the world knowing that I’m not the only one.

Still, my longstanding issue with this show is that it too often tailors itself to appeal to a broad audience instead of trying to best represent the feelings of Black Americans, and their most recent episode “Lemons” is a perfect case. In the episode, the Johnson family is trying to cope with Donald Trump winning the Presidential Election. While the smaller storylines do a brilliant job of illustrating the importance of learning the fullness of Black history and staying true to yourself, Dre’s main storyline, wherein he and his coworkers debate why Clinton lost and just how bad Trump supporters are, centers his love for this country over his own Blackness.

Things hit a fever pitch once his boss accuses Dre of not caring about what is happening in the country. Dre then launches into a nearly 2-minute monologue about how much he loves America despite its long history of not loving him and his ancestors back. And this is where black-ish shines. Anderson hits his stride, making a comedic show unflinchingly serious in order to not downplay the importance of this subject. It’s moments like these when I realize that this show has the potential to actually influence American hearts and minds.

"I love this country as much if not more than you do and don't you ever forget that." #blackish pic.twitter.com/zthkKdojq9

But then Dre trades on all of his emotion and doubles down on a message of togetherness. He apologizes for his outburst and suggests that “instead of letting this destroy us, we take the feeling you guys felt after the election, and say that morning, we all woke up knowing what it felt like to be Black.” Dre even goes the extra mile by saying that maybe we lost because we couldn’t understand what anybody in their right mind could have seen in Trump.

“I don’t think it’s possible that all, half, or even most of them were nuts. Or racists, Or hated women.”

Just that quickly, all of the episode’s revolutionary equity was diluted into an #AllLivesMatter message. He seems to believe that instead of “calling each other names” we should be having conversations. This is where the strong invisible hand of creator and executive producer Kenya Barris asserted itself.

In an interview with Variety, Barris gave insight into what it took to put the episode together. He says that he was “even more nervous with this one” in comparison to the “Hope” episode that took on the topic of police brutality last year. He goes on to say “I dug deep and I found that there were people who voted for Obama and then voted for Trump — because they saw what they believed was going to be hope and change, and under Obama, their particular lives did not change.”

But, if not having a clear and direct benefit from the efforts of a president is impetus enough for you to vote for a decidedly racist and misogynistic hatemonger, we should be calling you names. We should be labeling you for everything that you are. We should call you weak-minded since you can somehow vote for two diametrically different candidates. And we should call you heartless since you have no problem voting against the interest of millions of marginalized Americans.

“Lemons” tries to tie up the episode in a neat bow, saying that we should work on making lemonade out of our lemons, but the more important question that needs to be posed is: why do we have to keep working with lemons when others have access to an entire garden? Slate writer Aisha Harris sums this up perfectly in her review of the episode, saying:

“But for those harboring a bit more skepticism about where we are now, perhaps you see something else underneath that point of view, one that insists that the left—and particularly, those who are most likely to suffer the most under this Trump regime—do the heavy lifting in healing our country, that we coddle the feelings of those who never bothered to consider ours.”

In a time when the country is more uncertain than it has ever been and marginalized people are fearing for their civil liberties, this was the perfect opportunity to make a clear statement in opposition to Trump and the prejudicial, jingoistic, misogynistic, bigoted, and hate-centric principles that led many to vote for him. black-ish is a show that many look to for guidance on these issues, and that responsibility is one that should not be taken lightly.

This is the moment when boldness in our art is required.

I take it personally when the show clearly shies away from taking the risks it should. It doesn’t feel true to the characters that we’ve come to know so well, and it suddenly becomes difficult for me to continue to identify with them. I get that this series is on a major TV network (ABC no less, which is owned by Disney) and that this means we won’t be getting the “no holds barred” programming that is available on cable and streaming outlets. But that’s no excuse for sending us lukewarm white apologist messaging.

In fact, its place on a major TV network with a large and diverse audience is all the more reason that black-ish should act as a voice for marginalized people of our country instead of working to validate the colorblind values the masses. And if black-ish does it’s job right in the future, it’ll be equipped to challenge our country’s thinking while also keeping smiles on our faces.