Why, As A Queer Black Woman, It’s Important That I Write About Culture 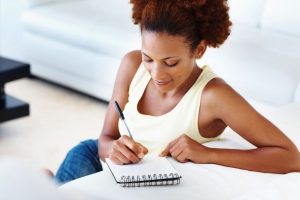 Growing up, my mother never had a shortage of Ebony and Essence magazines splayed across our coffee table, a fact that has shaped me into adulthood.

When I was bored, I would thumb through the pages, reading about Oprah’s new projects or the career choices of women like Vanessa Williams and Halle Berry. The glossy mags would sometimes feature stories about local mayors and other politically inclined women who were working for change in their communities. I would become engulfed in them when I had only intended to pass the time.

These were some of the earliest places I saw the intersections of race, gender, culture, and politics, since, in many cases for Black women, these aspects of public life were inseparable.

While I wasn’t sure about becoming a writer myself, I was sure that my cultural experiences informed all of my racial, gendered, and political experiences. In many cases, my cultural experiences – watching television and awards shows, reading fictional literature, and listening to popular music – were my introductions to complex social issues like misogyny, racism, police violence, educational disparity, and anti-Blackness.

It was TLC’s “Waterfalls” that made personal loss and drug use a cultural topic. Tupac Shakur’s lyrics were always laced with remnants of his street life and the contradictions he faced as he moved in more affluent circles. Fresh Prince of Bel-Air and Living Single told stories of Blacks at many margins, the latter highlighting the ways that women were particularly vulnerable in the Black Middle Class. And, it was in watching the predominantly white channels and stations that I learned that most white people weren’t even remotely interested in these stories and experiences.

Perhaps that’s why I do what I do now, writing at the intersections of race, gender, sexuality, and class, sometimes about cultural issues and sometimes about theoretical and empirical political problems. Sure, my day job is academic. But, I am always concerned with the cultural manifestations of our often unspoken political norms and logics.

When I first started writing for the web, I got pushback about this. I was told that my writing wasn’t that important or prolific because it was about actresses and other entertainers, television shows, or other “non-political” topics. I remember feeling discouraged at times because the pseudo-woke people on the Internet criticized my topical choices, sometimes even taking to social media to drag me for supposedly being basic.

It’s kind of funny now when I think of it.

I continue to see debates about what Black women should be covering in their writing, what we should be talking about (or “getting distracted by”), and how we should envision our future. White folx and Black folx (namely Black men whose investments in patriarchy preclude them from a full understanding of our uniquely gendered experiences) alike are always prepared with anecdotal evidence of Black women’s failure to accurately and thoroughly account for our own experiences with injustice. They claim that we have lost sight of the most critical issues, that we are off-base and distracted by cultural frivolosities. Which is ironic since they work tirelessly to convince us that our stories, lives, and realities don’t even actually matter.

These are the very same people who appropriate our theoretical interventions and findings. They are the ones who trademark our slogans, plagiarize our intellectual offerings, and do their level best to look natural while parroting what they heard a Black woman say.

But, we have always seen that, for Black women, mostly everything is political and cultural. Ida B. Wells wrote about the culture of lynching. Anna Julia Cooper wrote about the culture of misogyny in the South. Toni Morrison has written about the culture of Black women’s erasure in the literary world. Even right now, women like Brittney Cooper, Treva Lindsay, Luvvie Ajayi, Mia McKenzie, Melissa Harris-Perry, Janet Mock, and Kirsten West Savali are writing about the sexual, racialized, gendered, and classed interventions in culture that many of us experience every day. Women like Ava DuVernay, Shonda Rhimes, and Oprah Winfrey are bringing those written works to life in the most beautiful ways through the visual medium. How could this not be important?

This why I write about culture and politics, culture and Black motherhood, culture and queerness, and culture and everything. Culture is the visual and public manifestation of our private lives. It is laden with our understandings of our own situatedness and social conditioning. Culture is literally how we embody and express our political and personal selves. That can’t be denied.

Thus, I firmly believe that it is our duty to speak for ourselves, to make space and hold the space for the complexity and fullness of our stories (even the ones that come from Real Housewives of Atlanta). Our culture is critically important. It’s worth preserving and certainly worth talking about. And our writings about it are the historical time-stamps that articulate the contemporary moment for future generations.

Frankly, I can’t fathom why anyone would find that unimportant.