Why White Guilt Is The Least Important Consideration In My Work 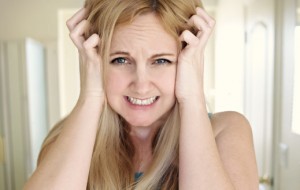 One of the most common refrains I hear from white readers of my work is, “I really liked this piece because it didn’t make me feel bad about being white.” The thing is: I honestly couldn’t care less.

Time and again, these readers express how happy they are when they don’t feel shame or embarrassment about the conditions of structural inequality and white privilege across the world. They laud their interpretations of my work and their perceptions of my thoughts as non-confrontational and accessible.

But I never set out to treat white people with kid gloves. And, their fixation on their own feelings about the lived experiences so many racial minorities openly express in an effort to end their unjust marginalization is precisely why many activists and organizers rebuff white “allies.”

What white readers of my work are actually saying here is: “I prefer to learn about my privilege and my active participation in the maintenance of institutionalized racism and inequity as long as I am not being blamed for anything.”

There are two core issues with this logic.

First, this sentiment underlies the ubiquitous tweets and other social media rants from white progressive “allies” who are flummoxed that Black people and other marginalized folx won’t just blindly accept their benevolence. These are the folx who decide that, once a single person of color has challenged or criticized their attempts at social justice work, they are completely done with the process altogether (I have previously suggested that this sentiment is exactly why white people have no place in Black Liberation).

Here’s the thing: if one Black person farting in the elevator, cutting you in line at Kroger’s, or not kissing your crusty pinky toe because you wore a safety pin is enough to make you abandon your entire cause for justice, liberation, and civil rights for all people, not only are you trash, you were never an “ally” in the first place.

You were and are doing this whole social justice thing all wrong.

You don’t get brownie points for being decent. You don’t get a pat on the back for acknowledging that non-white people exist and should be able to breathe, live, and thrive on their own terms. Your demand that you receive extra credit for meeting the baseline requirements of civic humanity is an extension of your own commitment to white supremacy. Period.

Second, my writing works to center the most marginalized among us: poor folx, queer folx, femmes and other women identifying people, Black folx, the differently abled and the like. Translation: I don’t center white people.

In most cases, I don’t even directly address whiteness unless it is to discuss the various systems of power and violence that disproportionately affect non-white, non-male, non-heterosexual people.

I write about terms like misogynoir and patriarchy not because I seek to protect individual white people from culpability but because we marginalized people have long theorized the systemic oppression we face. We have named it. We’ve made it plain. We don’t have to make our struggles palatable to make them valid. That’s the work white people have to do on their own.

Thus, in the most basic sense, I think guilt and shame are actually effective emotions in this case. The problem is those emotions are usually called upon to reinforce white supremacist capitalist heteropatriarchy and other normalized violence. For example, folx are totally okay with shaming sexually active women to reinforce the primacy of male desire and the faux narrative that femininity is conditional upon norms about chasteness and sexual virtue. Shame is used to force queer folx into closets and erase trans folx’s entire existence. Those forms of shame and guilt are seen in the mainstream as corrective and necessary to maintain the status quo in a society that relies on rigid caste systems rather than on utopian ideals like democracy and freedom.

We rarely see shame leveraged to effectively dislodge white supremacy, heteronormativity, ableism, fat shaming, and the like. That, too, extends white supremacy and suggests that effective social justice work center the feelings of white people. So, I won’t set out to shame privileged white people but I’m not against it. I am totally aware that white people’s shame and guilt alone won’t get us free. Yet I do see the value in white people utilizing these sorts of emotions to disrupt the entitlement and privilege they witness amongst their peers, family, and friends.

In the end, I’m really talking to marginalized folx, namely Black folx. When white folx make my work about anything else, they are showing their own commitment to the very systems of oppression that I am working to dismantle. In essence, y’alls slips are showing.