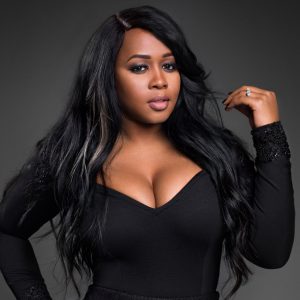 Remy Ma’s diss track “ShETHER”, a lengthy and no-holds-barred read of Nicki Minaj, plainly laid out all of the Nicki Minaj criticisms we’ve all been thinking for years and earned Remy Ma a spot in the diss track hall of fame.

In the rap game, healthy competition has always been a driver for greatness, and every rapper wants to have a legitimate claim to top spot. But for woman rappers, the field has been pretty thin recently. Coming out of the early 2000’s, big names like Lil Kim, Missy Elliot, and Remy Ma all faded for one reason or another, and Nicki Minaj filled the vacuum they left. So it’s only natural that someone would challenge Nicki Minaj eventually, and Remy Ma didn’t come to play any games.

Nicki Minaj and Remy Ma have been at odds for years. But this particular battle was sparked by Nicki Minaj laughing off Remy Ma on her recent track with Gucci Mane titled “Make Love”.

“Oooohhh, oh you the qu-e-e-the queen of this here?
One platinum plaque, album flopped, b***h, where?
Hahaha, ahhhhh
Took two bars off just to laugh

You see, silly rabbit, to be the queen of rap
You gotta sell records, you gotta get plaques
S, plural like the S on my chest.”

Remy Ma, a Brooklyn native, would not let that go unanswered and responded on February 25th with one of the most epic diss tracks ever, “ShETHER”, a nearly 7-minute long diss track set over Nas’s classic diss track “Ether”. She completely scalped Nicki Minaj, and I live.

“ShETHER” doesn’t immediately feel very special. Its early bars are filled with a mix of low blows, sexual accusations, and curses that would be expected on any diss track. But as the track continues, the scalping begins. Remy Ma reduced Nicki Minaj to a pop star and accused her of using ghostwriters. That’s masterful work to hit Nicki Minaj with an argument her own ex, Meek Mill, used in his rap beef with Drake. That alone would have been enough for “ShETHER” to earn a place in diss track history alongside greats like Nas’s “Ether” and Drake’s “Back To Back”, but Remy Ma had a lot more shots to fire, like:

“Only the kids believe in you, you Saint Nick”

On paper, comparing someone to Santa Claus sounds weak, but in execution, it was glorious.

She then dragged Nicki Minaj for her weak beefs with Miley Cyrus, Mariah Carey, and Taylor Swift, and completely read Nicki Minaj for filth by calling her out for supporting her brother, an alleged pedophile. Yeah, she didn’t hold back.

But Remy Ma elevated her game and set a new standard for diss tracks when she outlined and decimated Nicki Minaj’s finances and contracts.

“And stop talkin’ numbers, you signed a 360 deal
Through Young Money, through Cash Money, through Republic
Which means your money go through five niggas before you touch it
Any videos, promotions come out of your budget
Endorsements, tour and merchandise, they finger-f*#k it
You make, like, 35 cents off of each ducat
I own my masters, bitch, independent
So for every sale I do, you gotta do like ten
Stop comparin’ yourself to Jay, you not like him
You a motherf*#kin’ worker, not a boss like Rem”

Just when you thought diss tracks had reached their pinnacle, Remy Ma walked through the ins and outs of Nicki Minaj’s financials. She did the math. She schooled Nicki Minaj while educating the rest of the world on the fundamentals of entertainment business contracts. A big part of me wants this battle to continue so Professor Ma can instruct us on the high points of entertainment law too. But for the battle to continue, Nicki Minaj would have to respond, and she’s been real quiet since “ShETHER” dropped.

The song’s reception has been mostly positive, especially on Twitter, though some White people’s fragile sensibilities just can’t stand to witness these two women battle each other. But me? All I can do it applaud Remy Ma for claiming that diss track crown. I’m not sure if her time in prison or her time on Love & Hip-Hop brought about this savagery, but either way, Remy Ma is what the rap game sorely needs right now.

Listen to the nearly 7-minute diss track below: