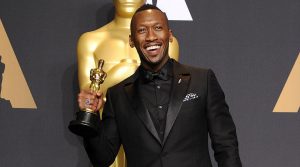 I have long been critical of national awards shows. I have also long been critical of the white gaze. I learned in my twenties that neither of them were for my benefit and that I had a stronger chance at happiness if I diminished their importance in my life. Yet, I struggle with the idea that, as so many have said on social media, we as Black people should no longer value hyper-ceremonious displays like the Oscars to validate us.

I just think there are layers to this shit.

To be clear, I do agree that most of these awards shows are about whiteness rewarding whiteness for continuing to be white in the face of undaunting and unrelenting white possibilities. Therefore, the fact that white people use these awards ceremonies as career benchmarks and validation tools makes total sense.

Because these institutions (like all institutions that originated in the United States in the first half of the twentieth century or before) are rooted in principles of white supremacy, they promote and perpetuate exclusion of non-white people. And, they do more harm to the development of an inclusive media and film landscape than good. These are inescapable and inexcusable facts that lie just beneath the surface of the quintessential “the Oscars are the white gaze” comments. They are valid and important.

Due to the increased attention to the overwhelming whiteness of the Oscars in the past few years, via the #OscarsSoWhite Twitter campaign from April Reign, many young people of color, especially Black people, have called for their communities to abandon these violent institutions altogether. Instead, they suggest, we have to create our own institutions that reward our talent and accomplishments without asking us to get to the back of the bus. By creating and nurturing our own resources in the arts, we will no longer need to rely on violent institutions that will likely never be fully unencumbered by anti-Blackness.

While I totally feel this sentiment in my spirit, I think there is a tension there.

I can’t help but ask: is it possible to do both? Is it possible to expect better of the unilateral and overwhelmingly white awarding bodies that currently sit as the standard-bearers for performance and art in this country while creating our own institutions that recognize our worth from the get go? Can’t this be a both/and conversation?

Let me try it: We simultaneously need both mainstream institutions that are no longer exclusionary of non-white people and our own community-based solutions to the disparate treatment we face in the mainstream.

I’m thinking they can and do exist at the same time. Right?

What I am trying to get at is that people of color in the music, athletic, movie, and a host of other industries wake up and go to work every day in close proximity to whiteness and white people. Myself included. I work in academia, a place where the Ivy Leagues reign supreme and elite predominantly white universities and colleges set the standards for education across all disciplines. I really don’t have the choice to avoid the white gaze. And, while I can be critical, cautious, and conscientious of it, I can’t actually escape – at least not until I am on Oprah status and I ain’t there yet.

Viola Davis needs that Oscar so she can get another Oscar-worthy role and feed her family. Mahershala Ali is in the same position. Yes, these awards are embedded in a systemic commitment to whiteness but they are also (at least in small part) the ways that marginalized people create space and hold space for our stories. They redistribute acclaim and give movies like Moonlight‘ a page in our living history.

For many Black people, we are still building our ways out from up underneath the white gaze. We are trying as best we can to formulate a new world around us. But, we simply aren’t there yet.

In the meantime though, I am able to see the Oscars as an exercise in the white gaze and a valuable and effective tool in securing more funds and mass support for the work of Black actors, writers, entertainers, and the like.