Anxiety, Death and The Moments When ‘This Is Us’ Gets It Completely Right 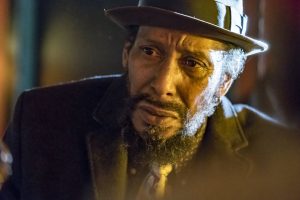 THIS IS US — “Memphis” Episode 116 — Pictured: Ron Cephas Jones as William — (Photo by: Ron Batzdorff/NBC)

A couple of weeks ago, I wrote a conflicted piece about NBC’s “This Is Us.” Befuddled by the dissonance I experienced between the show’s resounding praise and my own thoughts while watching it, I commented on the gaps that I, as a Black queer woman, noticed. However, in recent weeks, the show has shifted its focus to issues like mental health and anxiety and caring for a parent who is at the end of their life. And, they have done it beautifully.

My favorite characters on the show are Black: Randall (played by Sterling K. Brown) and his wife Beth (played by Susan Kelechi Watson), their two children, and Randall’s biological father, William (played by Ron Cephas Jones). This isn’t because I share phenotypic likenesses with them. It is because they are actually the best written, most complete, and authentic characters on the show. That’s why the episodes for the past two weeks have resonated so deeply with me, pushing me to give this show another chance.

I lost my dad to cancer three years ago. We had a strained relationship for most of my life, but we were recently reconnected when I found out about his diagnosis. Like a caring father, he didn’t tell me the seriousness of his disease or the prognosis the doctors had given him. As I was carrying my third child, he shielded me from the grief of knowing that I likely only had a few more months in the two living parents club.

After he got sick, I remember not being able to taste my favorite foods, enjoy a comedic play, or even find the laughter in things that used to entertain me. Seeing him sick and watching him pass on consumed my life for months and then years. I often wondered if I would feel whole again or see the world in the same way.

I couldn’t help but mentally thumb through these memories as I watched the “Memphis” episode last week. It poignantly dealt with the struggles that many Black families have had with the tests of time in the United States, constantly striving toward “normalcy” but always living under the pressure of a nation that was made by us, not for us. As the episode walked through William’s life and ended on his death, it showed how full of life and color our Black Experiences are. It highlighted the stories that we so frequently miss.

Not only that, we saw Randall working through what it would mean to live in a world without his father in it, even though he had only met his dad a few months beforehand. As the color left William’s face and his breath seemed shallower and shallower, Randall went through every movement with him. I have never seen a television show get that before (and most movies struggle here too).

“There must be a Black woman behind this episode, ” I said out loud while watching. I was right. Her name is Kay Oyegun and although she is listed as a staff writer, I could tell she was integral to the story I saw unfold so beautifully. Black women have a habit of writing Black characters beautifully, despite gender or sexuality differences. It’s no surprise she writes for Ava DuVernay’s “Queen Sugar” as well.

The show also took on Randall’s issues with anxiety in the prior week on the episode called “Jack Pearson’s Son.” They examined the ways that Randall – who is always saving his brother and sister (and even his mother) – was carrying a load far too heavy to bear. He had work constraints, his ailing father, family issues, an unexpected emergency with his mother-in-law, and countless other things to worry about when he hit a plateau in his ability to withstand the pressure.

As someone who lives with anxiety, it was difficult to watch Randall as he went through the process of distancing himself, turning inward, breaking into tears, and struggling to remain present for the people in his life. But, the show didn’t set out to shame or stigmatize him. They were showing the very real struggle so many of us have in getting through our daily lives. And they were doing it accurately.

Most shows steer clear of topics like death and mental health altogether. Knowing full well that they won’t be able to do them justice, they simply opt out. Part of the reason why “This is Us” has connected so deeply with such a broad audience is their fearlessness in taking on the challenge of depicting the lived experiences of non-mainstream, non-“normal” people. While they aren’t perfect, they are certainly taking important risks that work to humanize many folks on the margins. I can respect that.

Hopefully, the show continues this trend.