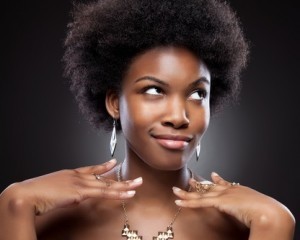 One of the most irritating byproducts of this new era of being “woke” is the increased numbers of people who read one Martin Luther King, Jr speech or saw one thing Angela Davis said that one time or found an Audre Lorde quote on the Internet and now they have discovered Black liberation theory, Black Feminism, and Black queer praxis. While it is admirable that more people are interested in assessing their roles in anti-Black racism and queerantagonistic systems of control, it can be frustrating when these individuals prop themselves up as exemplars of social justice without the foreknowledge of those efforts that preceded them.

In particular, it is when these folx adopt a politics that goes along with the status quo, never challenges structures of power (usually out of fear of retribution), and implores Black people to operate within the current system rather than seek to dismantle it, that we end up having the same old respectability versus radicalism debate that we have been having for generations.

Booker T. Washington was probably the earliest documented iteration of the “respectable Negro.” His iconic 1895 “cast down your buckets” rhetoric encouraged Black people to get along with white people who were actively waging terror via public lynchings and pushing forward legislation that only furthered Jim Crow segregation, Black Codes, and vagrancy laws. Ida B. Wells was the crunk Black radical who first spoke up against respectability saying things like:

“Again he sets up the dogma that when the race becomes taxpayers, producers of something the white man wants, land-owners, business, etc., the Anglo-Saxon will forget all about color and respect that race’s manhood… It was not the servant or working class of Negroes, who know their places, with whom the white people objected to riding, but the educated, property-owning Negro who thought himself the white man’s equal.”

Ida B. wasn’t never scared and always spoke about the conditions facing Black folx on terms that were clear. Yet, here we are today, watching the same debate about respectability and radical/revolutionarism that Wells sought so dearly to end.

Yes, this is also a case of the Woke-lympics – where people debate about who is woker than the other. But, it is deeper than that. Because our liberation has been commodified and grown to be a trendy pastime, it is becoming more difficult to discern real, value-added liberatory work from those seeking fame and prominence.

So, I have put together a brief list of ways to spot these folx. Hopefully, through more awareness, we can eradicate respectability politics and the Woke-lympics altogether.

This might seem like an odd assertion to make, but many folks who have a politics of respectability disregard the work of activists and organizers who are better equipped to stand as subject matter experts on the issues facing their communities. This can be seen when church folx talk about young people like we have literally no knowledge of the ways the world works. It can be found in the ways that historically Black clubs and advocacy groups like the NAACP chastise activists for speaking up on issues of electoral policy while indulging problematic institutions that seek to exploit Black people.

Until marginalized young Black people – namely those who are trans, disabled, poor, and/or experiencing unreliable housing – are seen as the primary speakers on the issues facing their communities, our political actions will remain incomplete. Not only that, they will rest on the same conditions many revolutionary political actors are seeking to dismantle.

2. You still believe that working with police officers and “behaving” will help Black people.

Working with young people in the city of Chicago, I am constantly confronted with the police department, their proxies and spokespeople, as well as their purported intentions to work closely with community groups to lessen their practices of hypersurveillance, corruption, and blatant murder of young Black people. Even while they spy on community actors and disregard calls for greater accountability to this community, they expect a seat at the solutions table.

In response, many respectable Black folx have started lecturing Black people about how to not scare police officers when pulled over and how to appear non-combative (as if that was an option for John Crawford or Tamir Rice or the many others who are extrajudicially murdered by cops). But, this is working backwards.

Police officers and authorities are bound to the anti-Black institution of policing in the United States. They are rooted in the era of slavery when poorer, non-propertied whites took on the roles of slave patrollers and professional slave hunters after the Fugitive Slave Act of 1850. They are no different today.

When Black people are encouraged to work in concert with police or placate their predatory and unlawful acts of extralegal violence against us, our actual freedom is not the primary goal. How do I know? Because free Black people are not written into the status quo. And status quo actions like preserving and protecting police won’t miraculously make Black liberation real.

3. You possess no critical lens of whiteness and/capitalism

I am constantly flummoxed when I meet people who say they want justice, educational and economic freedom, and equal access for all people but they recoil at calling out whiteness or capitalism as core problems in the United States. All the “we have to all work together” and “calling out white people will alienate them from the movement” messages are obsessed with respectable political action. They prioritize white people’s approval – which, in most cases, is the opposite of helpful.

You can’t disrupt existing modes of exploitation in the US without eradicating white supremacy and capitalism. Period. Any suggestions otherwise are blatant falsehoods.

4. You don’t have a critical lens toward gender, sex, and class.

Black folx are often the first to point out racism and the last to acknowledge the harm caused by sexist gender roles, homophobia, transphobic narratives, or their own participation in substantiating harm against poor Black people. There are cis and trans, queer and straight Black men doing movement work who actively harm Black women and femmes. There are self-appointed leaders of the movement who erase the work of queer Black women who seed and maintain coordinated initiatives for Black liberation. These folx don’t see the issues with taking up space and devaluing the voices and concerns of more marginalized people because they aren’t really checking for Black liberation. They are checking for checks and speaking gigs.

There is no way to ensure Black liberation without ensuring it for all of us, even us queer, working poor, or gender-nonconforming folx. Sometimes that work won’t come with a big check or a cover photo but it’s the work that must be done.

The fact is: a politics of respectability will only ever go so far.

Since respectability has been in operation for nearly two centuries with little progress in the last fifty years, it seems they have over promised and under-delivered on Black liberation.

At this point, we need radical solutions like #TransCrowdFund – an effort to redistribute wealth to trans folx, and the reparations plan set out by the Movement for Black Lives. These are not respectable solutions because they center the least of us instead of whiteness. They are radical revisionings of the world and a challenge to reformists to become revolutionaries. They are the only real path to liberty and justice for all.