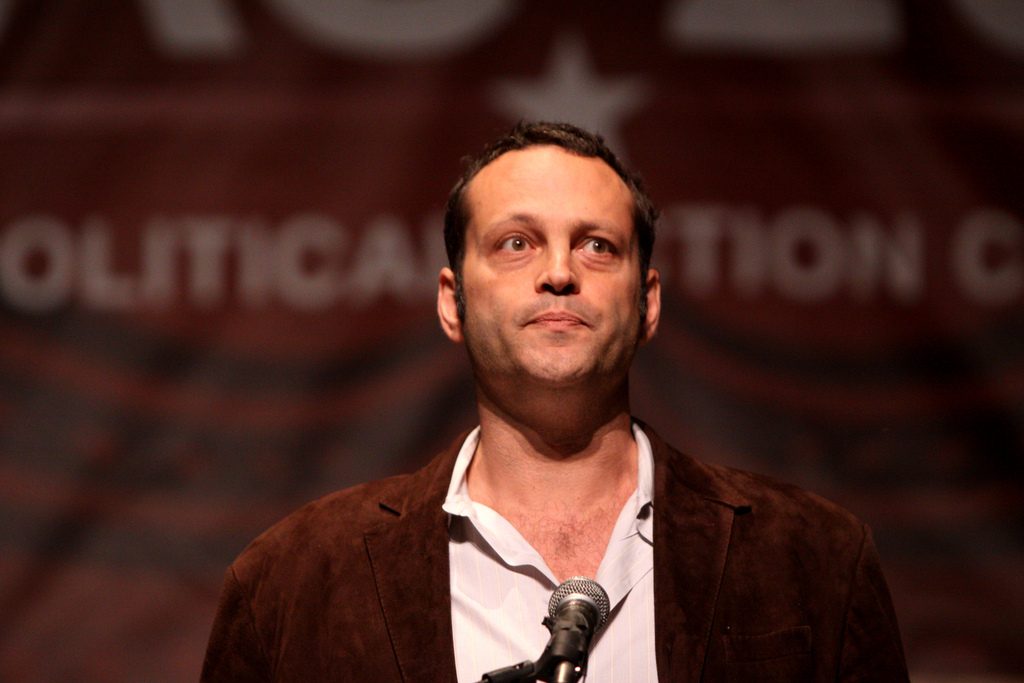 News broke this week that Vince Vaughn was planning a documentary about race and police relations. I’m here to tell him to quit while he’s ahead.

Documentaries have always held a certain level of prestige in Hollywood, but their popularity has only grown as the volume of entertainment outlets has exploded over recent years. At the same time, Hollywood has made a concerted effort to grow real diversity in entertainment.

On the bright side, this has yielded groundbreaking projects like The 13th from Ava Duvernay on Netflix and I Am Not Your Negro, a film about Black philosopher James Baldwin’s life. On the other hand, it opens the door for white people to overstep (as usual).

It is in this climate that the Audience Network (owned by AT&T) is producing a documentary focused on the relationship between African American communities and the police from Vince Vaughn’s Wild West Picture Show Productions. And apparently he’s already been working on the project for a year.

I am sick and tired of White people studying Black people as if we are wild animals. It’s almost inevitable anytime a white person tries to document any aspect of Black life.

Vaughn has already telegraphed this in speaking about the project.

“The concept is really to humanize people on both sides. I’ve had friends who’ve grown up in that environment, I’ve also had friends who are police officers, and there’s a lot of fear on both sides. I think the situation causes a lot of problems, so it’s really a chance to sit with the people and getting access to them and seeing their daily lives.”

Good intentions are laced in every word he said, but as the saying goes, “the road to hell is paved with good intentions.”

I don’t want to an outsider to come into people’s communities and homes in an effort to understand them. That feels foreign and will likely end with lukewarm or questionable outcomes. I want someone who already understands the community, ideally from personal experience, and can capture their experience in ways others could not.

The race-police binary is a dangerous one to perpetuate

I know white people are intrigued by and fearful of the #BlackLivesMatter movement, but you are already starting off wrong by setting up Black people and police as being on “different sides”. Yes, Black people are working to right the wrongs of policing nationwide. But this isn’t a movement against individuals. This is a movement against anti-Black institutions. Policing is just one of the most visible.

In other words, the humanity of police officers has nothing to do with issues of hyperpolicing, profiling, or the police killings of unarmed Black people.

This binary assumes that both have validity in this fight. It implies that we need to be concerned about individual officers in our fight for simple civil liberties. This undermines the work activists are doing, continuing the #BlackLivesMatter vs #BlueLivesMatter debate, one that pits two forces against each other when a much deeper analysis needs to happen.

Anybody but Vince Vaughn

Vince Vaughn is the absolute last person I’d want to be in charge of any documentary dealing with sensitive subjects. He’s white, rich, and clearly not attuned to what subjects are delicate.

It is clear from his long track record of low brow humor that Vaughn isn’t a paragon of respectfulness. But it has never been more apparent than his joke about Marfan Syndrome in The Internship.

The movie, co-written by Vaughn, takes special effort to make fun of tall people by evoking Marfan Syndrome. They deem the condition as the “big man’s disease” and a “giant killer”. It is beyond me to understand how anyone finds humor in a genetic condition associated with weakened tissues, poor vision, and deadly heart disease. But it for damn sure tells me that this person should not be investigating life or death issues.

The discussion starts at 2:30.

Documentaries have the potential to bring about major change in the world. They expose people to lives and viewpoints they might not otherwise be exposed to. Entertainment can communicate the humanity of different peoples experiences. These films have the power to give us all a greater understanding of the world we live in. But this power is very dangerous when put into the wrong hands. We need storytellers who are invested in our truth to tell the stories of Black folk in the face of the police.