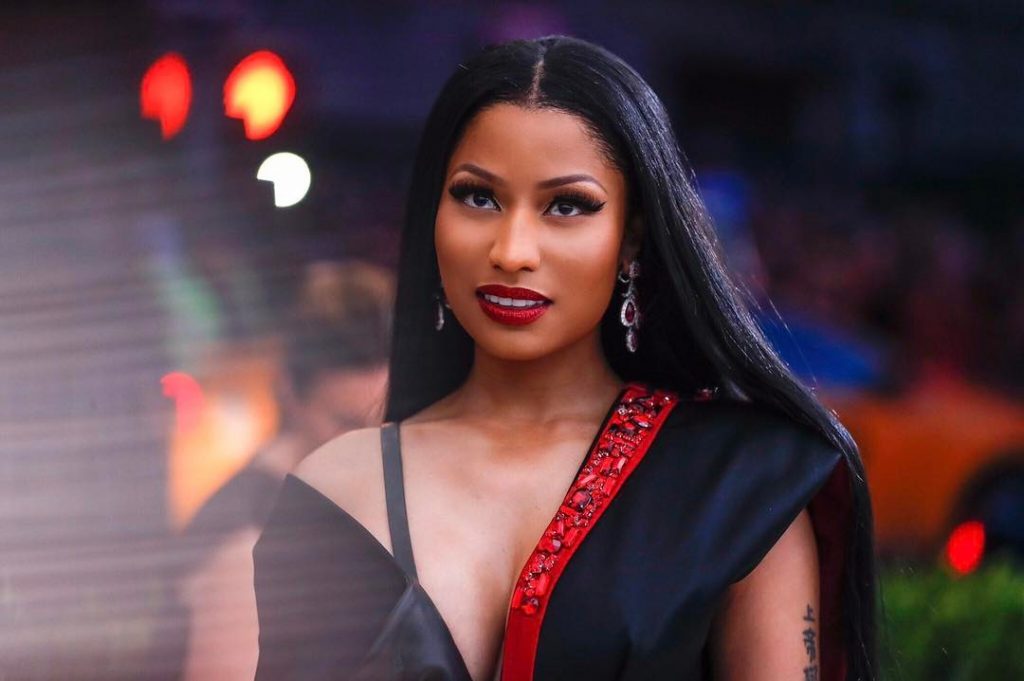 I’m so salty that I missed the Nicki Minaj tuition and loan payment party on Twitter last week. At the same time though, I am hoping it becomes a thing. More wealthy Black people need to understand their role in promoting Black wealth.

Last Saturday, Nicki Minaj took to Twitter to tell her fans that she would be paying off various loans, tuition, book, and student fees for Twitter followers who could produce evidence of their need. The star told a few of her responders that with “straight A’s” and verification, she would foot a few of their bills. She also said she would announce more opportunities for tuition and loan payments in a few months.

On Friday, she followed up her tuition and loan payment party with a post on Instagram. In the post, the rapper shows a list of people whose bills have already been paid with a caption that reads:

“This makes me so happy. [A few from the other day] I’ll do another impromptu payment spree in a month or 2 but pls know that I’m launching my official charity for Student Loans/Tuition Payments VERY SOON! You’ll be able to officially sign up! I’ll keep you posted!”

This makes me so happy. [A few from the other day] I'll do another impromptu payment spree in a month or 2 but pls know that I'm launching my official charity for Student Loans/Tuition Payments VERY SOON! You'll be able to officially sign up! I'll keep you posted! 🎀

While many might have varying opinions of Minaj herself (due, in part, because of her support for her brother who has been in ongoing litigation due to a charge of rape of 12-year-old girl), this commentary is not really about her. It is about the ways that these sorts of initiatives help to address continued wealth disparities between Black people and their white peers.

The State of Black Wealth in the U.S.

Black wealth is staggeringly lower than white wealth in the United States. Much of that inequality has to do with credit and loan debts for higher education and basic survival.

In a 2016 report, the Brookings Institution, a public policy organization in Washington, DC, found that,

The moment they earn their bachelor’s degrees, black college graduates owe $7,400 more on average than their white peers ($23,400 versus $16,000, including non-borrowers in the averages). But over the next few years, the black-white debt gap more than triples to a whopping $25,000. Differences in interest accrual and graduate school borrowing lead to black graduates holding nearly $53,000 in student loan debt four years after graduation—almost twice as much as their white counterparts.

In his landmark 2014 Atlantic article “The Case for Reparations,” Ta-Nehisi Coates underscored the facts that Black folx were systematically excluded from the housing surge and denied support from the federal government in the early to twentieth century. And, after that, they were preyed upon by loan officers, banks, and landlords who saw them as an opportunity. This still happens.

This type of exclusion has significantly limited the wealth generation potential of Black families. Some estimates suggest that it would take the average Black family “ 228 years to accumulate as much wealth as their white counterparts hold today.”

Same goes for college aid. If young Black people are able to afford the application fees (which usually range from $40 to $90), they still have to navigate an application and aid process that privileges the independently wealthy white and “legacy” students. Not only that, getting loans for college requires co-signers and guarantors who need to be able to prove they can support the loan in case of default. This is not easy in families where students are first generation or lower to lower-middle class.

An important aspect of this conversation is the fact that many wealthy Black people do not see themselves as connected to the Black poor. A 2007 Pew Research Study found that 37% of Blacks do not believe we are a single race. Instead, they see the Black poor as inherently different from other Black people. They see a greater divide within Black communities, at least in part, because of the ways that wealth creates a closer proximity to whiteness. This is fundamentally anti-Black.

That Nicki Minaj is doing a small part in driving community solutions to this divide is admirable. Opinions of her aside, it is just one of the ways that Black people can find ways to uplift and empower Black folx in the face of a growing capitalistic and oppressive society.