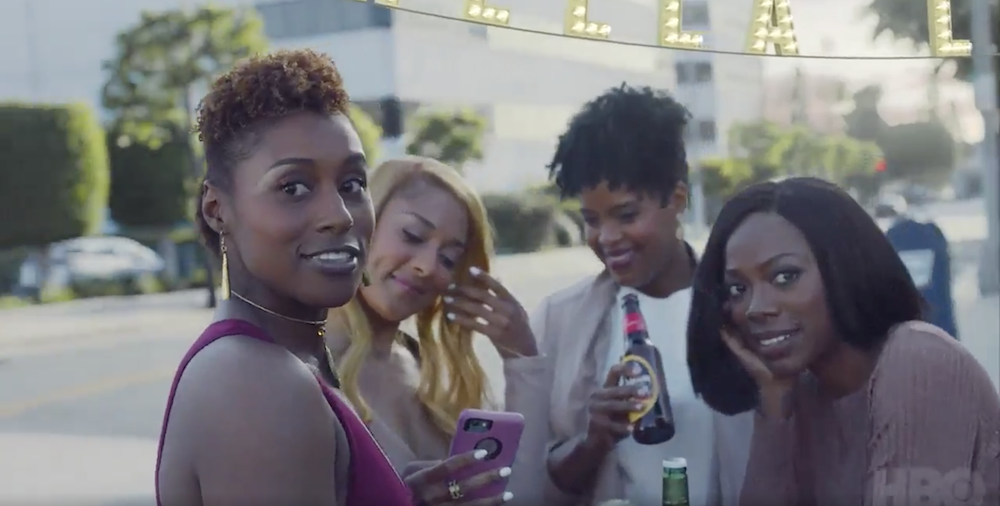 If you have been agonizing over the wait for season 2 of Insecure, you’re not special. We all share that agony. But Ms. Rae herself blessed us this week with a teaser for season 2 to remind us that July 23rd is just around the corner.

The teaser below doesn’t offer up much in terms of what we might be able to expect in season 2. Instead, it gives us a strong reminder of what worked so well in season 1.

In three short setups we can see the state of her relationships. Issa is “hella confused” over her romantic relationship with Lawrence (played by Jay Ellis). She is “hella tempted” by her season 1 fling Daniel (played by Y’lan Noel). And Issa’s friendship life is “hella lit” including her bestie Molly (played by Yvonne Orji) and bourgie buddy Tiffany (played by Amanda Seales; now upped to a series regular spot).

Issa also added a few hidden messages. The most obvious one is that she starts and ends the teaser in her car at a stop light. This is a callout to the opening of the first episode of her Misadventures of Awkward Black Girl webseries. It’s a classic scene, and if you haven’t seen it, remedy this failure and watch it on YouTube now.

There’s also the intersection she gets stopped at, Queen Street, because, you know, she’s a queen.

But most importantly, the “hella” text for each of her relationships corresponds to the new naming convention for season 2’s episodes. In season 1, each episode followed the same structure (i.e “Insecure as F*$!”, “Racist as F*$!”, and “Broken as F*$!”). Season 2 will rely on the work hella, with episode 1 being named “Hella Great” and episode 2 being named “Hella Questions”.

But I know all you really want to do right now is watch the teaser. And I don’t blame you. Watch it below and be ready for season 2’s debut on July 23.