On ‘4:44’, maleness, and the performance of the public apology 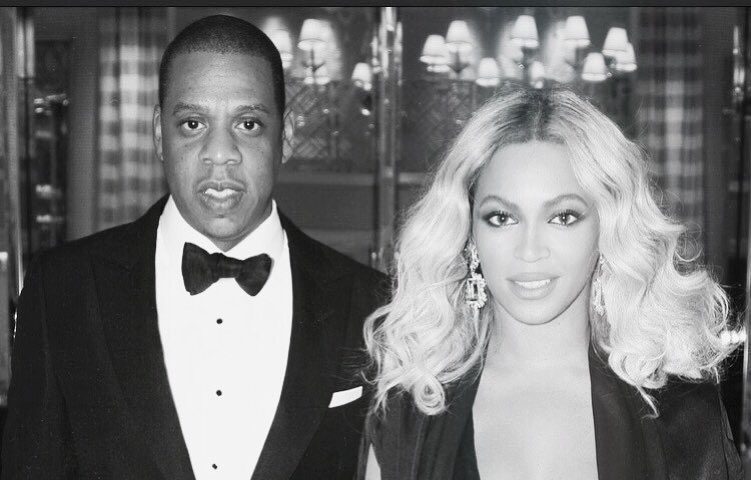 Recently, rapper Jay-Z released his thirteenth solo album 4:44. The album details his infidelity to his wife, mother of his three children, and perhaps the biggest superstar in the world, Beyoncé. He also covers his struggle with American capitalism and his reluctant growth beyond a young hustler to a mannish mogul.

Most people have fixated and heaped copious amounts of praise on Jay for his acknowledgement of his past wrongdoings. So grateful that he apologizes for being at various states of trash during parts of his marriage, many have been cheering on his “maturity” and vulnerability.

I’m not one of those people.

The way that patriarchy, race, and class intermingle to lower the bar of expectations for successful Black men troubles me. This is especially true of those who publicly love Black women. They seem to get extra credit for that.

I find it respectable that the 47-year-old made an honest album about masculinity and life in the limelight. I’m just not comfortable with the way it erases Beyoncé’s pain.

The lyrical implications of Jay-Z’s apology

The album’s title track, “4:44”, is probably the closest anyone outside of the Knowles-Carter family has gotten to understanding Jay. In it, he exposes his feelings of shame, embarrassment, and disappointment with himself.

He opens the track saying,

I apologize, often womanize. Took for my child to be born, to see through a woman’s eyes. Took for these natural twins, to believe in miracles. Took me too long for this song. I don’t deserve you.

He’s right. He doesn’t deserve Beyoncé. Maybe no one does.

Beyond that though, the song shines light on the ways in which maleness subverts a number of habits and vices. In Jay-Z’s case, it was cheating. But, many forms of emotional, physical, and sexual dysfunction persist under the guises of gendered normalcy. Many of those unhealthy interpersonal actions and practices are excused altogether, especially when Black women are the victims.

How do we interrogate the ways that Jay-Z taking “too long for this song” intersects with systems of patriarchy and gendered violence? Systems that, too often, force heterosexual Black women to endure relationships where they are rendered invisible?

At what point do we draw parallels between the ongoing infidelity Jay describes and larger narratives that say that Black women are not worth love, that we are not marriageable, and that we should be grateful for whatever man chooses us?

When do we center the emotional and bodily autonomy of Black women who commit to Black men but who remain unsupported, unloved, and/or unpartnered within their romantic relationships?

Perhaps even Beyoncé has asked herself these questions.

Having conversations about maleness beyond 4:44

What is critical about this line of inquiry is how the process of issuing a public apology has overshadowed these conversations. Most have focused on 4:44 as an artistic triumph irrespective of its implications for our conceptions of Blackness, love, and patriarchy.

Over at Avenue Fifteen, Terrence A. Merkerson offered a powerful word on Jay-Z. In it, he addresses the connections between 4:44 and Lemonade. Merkerson also discusses the larger social contexts that have enabled the existence of both pieces of art.

In some respects, Jay-Z’s, at times deeply reflective and at others tone-deaf, apology is the corrective to the “emotionally maladjusted” behavior Merkerson describes. However, it also paints an incomplete story, one that centers Jay in both the harm caused and the harm experienced in his marriage.

Jay-Z blames Beyoncé’s miscarriages on his absence. This acknowledges his wrongs but wrongly centers his choices in her physiological experiences. He says it took the birth of Blue Ivy (Jay’s and Bey’s first child) to “see through a woman’s eyes”. Yet, the rapper had already been romantically linked to Bey for a decade and married for four years when Blue was born. These are just two moments where Jay-Z’s apology erases Beyoncé’s painful experiences while simultaneously admitting his own guilt in causing them.

Public apologies and their systemic linkages

When Black men hurt Black women, there doesn’t seem to be much investigation of the hows, whys, or whats. The only question we ask is, did he apologize? That’s no different than white people asking Black people to forgive them when they harm Black people. It is no different because both are symptomatic of systemic privilege and power.

So, where is the bar for the public apology? Is there one at all?

I’m not saying that Jay-Z has to get it all right. Nor am I saying that the listening public’s opinions of Jay’s and Bey’s relationship matters. Frankly, this could all be made up anyway.

I am also not saying that apologies are meaningless. They have meaning. But, apologies are futile if they are not starting points for new behaviors and thinking.

Apologies are only effective when they precede the reduction of harm. And, Black women shouldn’t be required to accept them without knowing what comes next.