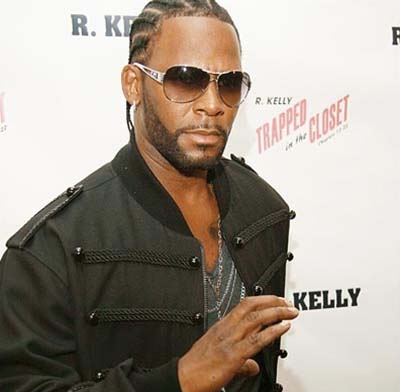 Moving to Chicago in 2014 taught me a number of things. It taught me what real cold felt like. It taught me how pizza should taste. And it also taught me that, in R. Kelly’s hometown, there was still a lot of love for the highly successful entertainer, child pornography charge avoider, habitual sexual assault settlement payer, and serial predator who used to sing outside on the corners on the south side of Chicago before he hit it big.

But, I never hid my deep, unwavering hatred for Kelly.

As I would encounter Black men who were in committed relationships with Black women, I would examine the ways they would bob their heads to his music, joke about buying his concert tickets, and encourage others to support the artist. After calling them on their bullshit, their opinions of R. Kelly would usually end on, “well, yeah, but he is Chicago though” and “I really don’t know what happened. I wasn’t there.” Then they’d look lovingly at their girlfriends or wives for approval.

Sometimes it was given. Most of the time, it wasn’t.

I think the times when that loving glance was denied were moments when it set in that loving Black women while simultaneously loving R. Kelly was a mutually exclusive absurdity. The two simply cannot exist in the same atmosphere.

This is because when a man’s relationship with a woman is about power, it can never also be about love. That’s just a fact. A difficult fact but a fact nonetheless.

The scenario I am describing is the result of the intersecting nature of patriarchy, misogynoir, rape culture, and gender normativity. The long-held beliefs and norms that men are the stronger, “better”, conquering beings have also created a system wherein women’s bodies are subject to men’s control. These beliefs protect men like R. Kelly who “married” 15-year-old singer Aaliyah in 1994 and has long evaded the consequences of his predation on young women.

Now, Kelly is apparently running a multi-state sex “cult” where young Black women are being held against their will according to a Buzzfeed article by Jim DeRogatis. Parents of one girl and three former members of Kelly’s inner circle have corroborated the story.

They said six women live in properties rented by Kelly in Chicago and the Atlanta suburbs, and he controls every aspect of their lives: dictating what they eat, how they dress, when they bathe, when they sleep, and how they engage in sexual encounters that he records.

The article also details the sexually explicit conversations recorded between R. Kelly and a young woman he refers to as his “baby”. In it, he requires that she tell him the color of her panties each day. He also ignores any topics unrelated to sex. DeRogatis depicts a process where Kelly slowly cut off the young women’s connections with friends and family. He even took away their cell phones. Then, Kelly punished one teen when she broke the “rules” by reaching out to her parents.

Several other families are also trying to get their daughters back. But, police authorities have less recourse in these cases. The young women are all above the age of consent, 17 in Illinois and 16 in Georgia.

Even after reading this story, many Black men have still stood in defense of Kelly. After so much gruesome detail has been released about the conditions these young women are facing, they find fault with the families or with the girls themselves. They blame these women for the actions of a sick man who unapologetically exploits them.

For so many heterosexual Black men to quickly access the arsenal of explanations for R. Kelly’s repeated sexual assaults of underage girls (written about in gory detail by DeRogatis in Village Voice back in 2013), there are clearly larger societal linkages which enable those explanations and rape apologies to flourish. Further, that they have the audacity to utter those words in the presence of Black women (or at all) speaks to our society’s increasing commitment to casual misogyny and the normalization of sexual assault (the current President of the United States illustrated this last summer when audio was released of him claiming that it was perfectly reasonable to grab a woman by her genitals).

These are not men who love women.

Anyone who defends or justifies the actions of men like Trump and Kelly (and Bill Cosby) shows that loving women has too often come after abusing them. Loving women frequently comes second to unwanted sexual touches. Sometimes it comes after long bouts of stalking, intimidating, and otherwise invading the private lives of these women. Loving women has, in many cases, been synonymous with harming them.

This is especially so for Black women who, as Kelly’s predation shows, are routinely and systematically denied protection.

When one examines love through this lens, it suggests a truth that many of us simply don’t want to admit: A lot of heterosexual Black men aren’t ashamed of R. Kelly because, secretly or not so secretly, they would do the same thing if they could.

Effectively, a defense of Kelly is also a defense of a system of sexual exploitation, power, and privilege that resulted in the deaths of Islan Nettles for walking down the street, Janese Talton-Jackson for refusing a man’s advances, Joyce Quaweay for not “submitting” to her boyfriend, and Jessica Hampton for ignoring a man on the train. This is the same system where officers use their power and the power of the State to force women into unwanted romantic conversations. It’s the system where Daniel Holtzclaw used his badge to rape poor Black women and girls.

Food for thought: R. Kelly is a man who has long referred to himself as the “Pied Piper” of R&B. Let’s not forget that the original story of the Pied Piper of Hamelin depicts a savage man who uses his mythical power to not only rid a village of rats and vermin. He also killed an entire village’s children – nearly 130 of them – by leading them to their deaths on a mountain top. It seems R. Kelly is crystal clear about his intentions to lead his followers to the slaughter.

I deeply believe him.