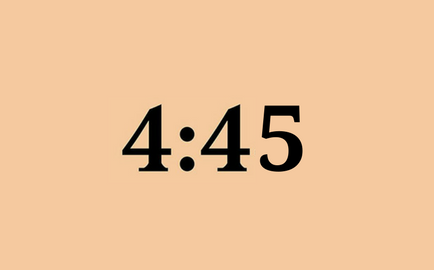 This is not an album review. This is also not a man’s take on Jay-Z’s “Lemonade Moment”. Rather, it’s an honest look at the ways men, especially “good Black men” who love Black women, receive unearned credit for all manner of basic shit.

Every week day, I wake up at 6 AM. It is usually still dark outside, and most of my neighborhood is still silent. Even the summer cicadas. I do my best to rise from bed, take a shower, brush my teeth, and get dressed without disturbing my wife or 3 children. And before I depart, I touch my wife’s shoulder, tell her I’m leaving and give her a kiss. Then I tiptoe down the stairs, quietly grab my lunch from the fridge, and exit through the garage.

I rush for the train, knowing that each train I miss means I’ll be 15 minutes more late to work. After a 40-minute train ride, I trek for 15 minutes across downtown Chicago, through humid summer heat or frigid winter snow.

The next 8 hours of my life are devoted to work: building spreadsheets, preparing PowerPoint presentations, and presenting to clients. And once that ends, I do everything in reverse. I rush across downtown for the train, knowing that every train I miss is 15 minutes I won’t have at home to spend with my family, help with dinner, or clean and prepare for the next day.

It is grueling. It is hard. And it almost never leaves time for me to do the work I’m actually passionate about.

Every day I am striving to make it all work because I love my family. Yet, I know that on the flip side of my struggles, my wife faces her own (often even more daunting) challenges. I know because I count her and the long list of women who have played a part in my life as role models.

I grew up watching my mother sacrifice to get me to every practice, recital, and game despite working an over an hour away from home. Back then, I watched godmothers reach the top of their professional careers despite personal setbacks and maintain their kind hearts and giving spirits. And now, watching my wife face a career where she is constantly underestimated, undermined, and underappreciated, I watch her push back with all her might, manage every head of hair in our household, and fill the gaps I leave with my mistakes.

I make mistakes all the time. I’m short with my children. I forget to complete my household responsibilities. And I neglect my wife in a myriad of ways. Life looks great from the outside, but it often feels like a losing game. What is the point of working so hard for my family if I can’t be there in all the ways they need me?

Then I heard Jay-Z’s new album.

The first time I heard “4:44”, I instant messaged my wife and said “IT’S LIT!”. I had already heard the instant feedback flooding the internet about Jay-Z confirming the infidelity rumors. People were already buzzing about how powerful it was that he was apologizing in such a public way. And I fell for the hype like everyone else.

But “4:44”, with its opening lyric sung by Hannah Williams, shook me:

Right there, Jay-Z already had me convinced.

He understood my struggle. He knew how it felt to want so much for those you love but to continually fail them.

Throughout the song, Jay-Z laid out a list of the many ways men do women wrong: womanizing, immaturity, being emotionally unavailable, not living up to who we say we are. The list goes on. I’ve been guilty of most of them to some extent in my life.

He admitted that even the most perfect looking lives can be full of uncertainty, fear, and learning. He made efforts to recognize Beyonce’s value and the vastness of the potential consequences his whole family could face because of his wrongs.

I thought that Jay was being a great example to men and boys across the world. I was witnessing him personally triumph after nearly fifty years of living. Even at the height of superstardom and with over $800 million to his name, he still needed to be vulnerable and accept responsibility.

Those things remain true, but I soon came to realize that part of why I was invested in giving Jay-Z credit was because I wanted some credit too.

That need for credit came from days subconsciously asking myself:

Aren’t I due some type of pass for being a good Black man? Some slack for being a present father with a “good job” and “good benefits”? Some special credit for supporting my wife’s dreams?

That’s where we all fall down. That argument and way of thinking have false equivalency built into them. It says that because I exceed one superficial bar (which can, at times, be infinitesimally low), it should be okay for me to fall below elsewhere. And beyond that, I should still be getting praised. Like I’m God’s gift.

Patriarchy makes an apology seem supernatural. It was the reason why I felt fully justified in prioritizing my struggles over others. And it is affirmed when Jay-Z is lauded for apologizing on “4:44” or people in my personal life and on social media make me out to be the “model husband” that should be cloned (someone seriously said that to me and my wife once).

Men have to take stock of their place in the world and take real action to do better. We need to stop rewarding men for being marginally better than the worst depictions of us. Life doesn’t stop at 4:44. That’s just the moment you realize that there is more work to be done.

In the end, Jay-Z taught me that sometimes it takes getting a clear look at somebody else’s “4:44” to show you how you have been living at 4:45.

It doesn’t feel comfortable. But nothing truly revolutionary ever does.