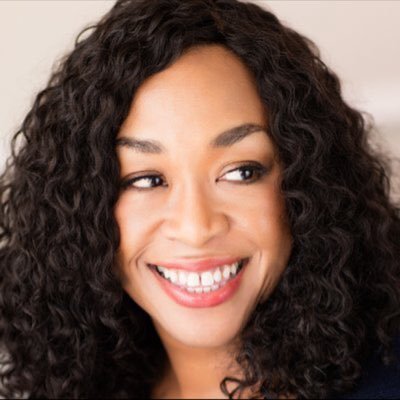 Shonda Rhimes is the GOAT. She has been innovating TV since she brought Grey’s Anatomy to ABC becoming the first Black person to notch 100 episodes for 3 separate series (Grey’s Anatomy, Private Practice, and Scandal). And now she is the first showrunner to sign an exclusive deal at Netflix.

Clearly, the quality of work from Black creatives is continuing to pay dividends.

It was announced this week that Shonda Rhimes, the woman behind Scandal and How To Get Away With Murder, signed a 4-year deal with Netflix. This comes after 15 highly successful years with ABC Studios.

And Netflix CEO Ted Sarandos had flattering words for her in the press release:

Shonda Rhimes is one of the greatest storytellers in the history of television. Her work is gripping, inventive, pulse-pounding, heart-stopping, taboo-breaking television at its best. I’ve gotten the chance to know Shonda and she’s a true Netflixer at heart — she loves TV and films, she cares passionately about her work, and she delivers for her audience. We’re so excited to welcome her to Netflix.

But what does this all mean (other than that we all need to seriously consider dropping our hefty monthly cable bills)? I’ll break down all the industry talk and get to what matters.

What this means for Shonda Rhimes

Streaming giant Netflix has been on a spending spree for a while now, snatching up every valuable property it can as it looks to solidify itself as the streaming leader of the future. The key to this plan is to generate heaps of original content that can outperform network and cable outlets. I couldn’t think of anyone better than Rhimes to be a part of that effort.

Under the deal, Shonda Rhimes and her Shondaland production company will produce new series for Netflix. We don’t know what this adds up to in dollar signs, but entertainment sources are claiming that the deal is “rich”. She’ll likely earn a big check plus a percentage of funds on the back-end as well. My guess is the more her shows are streamed, the higher her profits. I’d also imagine that Rhimes would have near endless freedom to create whatever content she pleases.

This move means Rhimes is further cementing her place as an industry trailblazer and is in full command of her career.

What this means for other Black creatives

Scandal gave Kerry Washington the platform she needed to be truly taken seriously as an actress. How To Get Away With Murder was the outlet Viola Davis needed to get an Emmy. And as Rhimes begins to create content for Netflix, she is surely going to continue giving big opportunities to minority actors.

Rhimes has a commitment to creating shows that are truly diverse. This is important because actors are only able to build careers if they are given a chance. And even with all of the change the entertainment industry has gone through, many actors still struggle to find quality work.

In addition, there is a sea change happening in entertainment. Slowly but surely, Black creatives are making major moves both in front of and behind the camera. Issa Rae’s Insecure was recently renewed for a 3rd season at HBO. Amazon picked up Black America from Will Packer and Aaron McGruder. Even Insecure star Jay Ellis recently scored his own web series Hard Medicine at Urban Movie Channel. As Shonda Rhimes continues to build on her success, it sends a message to the rest of the industry that working with minorities is good, smart business.

As the saying goes, a rising tide lifts all boats, and in this case, a win for Shonda Rhimes is a win for Black creatives everywhere.

What this means for us

If you were worried that any of your favorite Shondaland shows in jeopardy, TGIT isn’t going anywhere. While Scandal is entering its final season, ABC and Rhimes herself remain committed to the shows she’s built. This includes How To Get Away With Murder, new series For The People, a Grey’s Anatomy spin-off, pilot Adult Behavior, and ABC’s top rated drama Grey’s Anatomy.

But the Shondaland world is expanding, and we’ll be the main beneficiaries.

Shonda Rhimes had this to say about her plans in a press release:

Ted provides a clear, fearless space for creators at Netflix. He understood what I was looking for — the opportunity to build a vibrant new storytelling home for writers with the unique creative freedom and instantaneous global reach provided by Netflix’s singular sense of innovation. The future of Shondaland at Netflix has limitless possibilities.

We live in a world where white supremacy is constantly at work whitewashing the media we consume. That is why Rhimes’s success, and the creative freedom it has afforded her, are so important.

She made Kerry Washington the first African-American female lead of a network drama in nearly 40 years. Her skill made global social media phenomenons out of series with low expectations. She is a major force in portraying minorities as full fledged individuals as opposed to stereotypical stand-ins. Her work speaks against an entertainment infrastructure that places white men at the top of its pyramid, white women just below, and everyone else at its base. And now she’s been given the keys to the creative kingdom.

I can only dream of what her mind is cooking up at this moment, but I know it’ll be pulse pounding, shock inducing, and straight up badass.