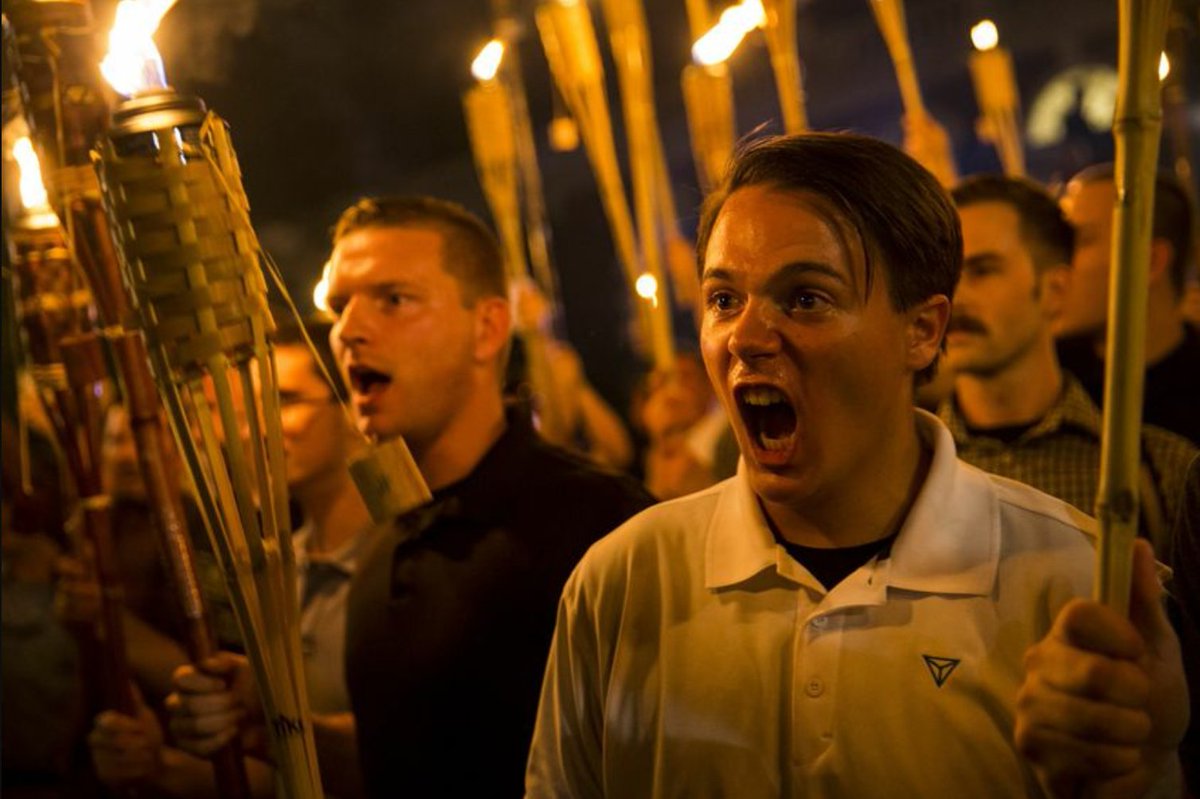 “You’re the only one who has an issue with me.”

I have heard this common refrain too many times. It often comes from people even as they actively seek to harm me. That harm might be manifested through coercion, manipulation, or misrepresentation of my words and actions. But, the fact that no one else has ever held them accountable acts as a psychological buffer. It protects them both from the guilt of having to confront my grievances and from having to productively address their own behaviors.

Yet, they are also right in some instances. Far too many times, “no one” else has a problem with racism and misogyny when it isn’t happening to them. This is especially true in the case of misogynoir — a term coined by Dr. Moya Bailey to describe the racial and gender-based hatred facing Black women.

This is why many racist and misogynistic people go on for years abusing people without ever being called out for it. People like the white supremacists marching in Charlottesville to millionaire celebrities like Harvey Weinstein and even to the abusive classmates we have all had to endure are connected in this one, insidious way.

The term for this form of disbelieving the lived experiences of victims of abuse is “gaslighting.” It is the process by which abusers and other harmful people intentionally or unintentionally attempt to subvert accountability for their actions by manipulating the reality around them. They effectively “overwrite another person’s reality.”

For example, this is like telling rape survivors that they made it up or they really wanted it because their “body responded.” It is also the way that many white people claim that Black, Brown, Indigenous, and other people of color have imagined systemic inequality. Instead, they say, focus on individual work ethics, “bootstraps“, and personal responsibility.

Gaslighting is powerful and effective because — when more powerful people leverage it — they set the terrain upon which the narrative will be written. They effectively bend reality to fit their desired outcomes. Because we rarely believe victims of physical or emotional abuse, abusive people can simply pretend as if they have done nothing at all. Meanwhile, the world around them confirms their ploy.

The normalization of racist and misogynistic abuse

In August, hundreds of white supremacists marched with Tiki torches on the University of Virginia’s campus in Charlottesville to protest the removal of a Confederate statue of Robert E. Lee. Their protest ended with one woman dead and many injured after two days of racial violence targeting Jews and Black Americans. Following the eruption of violence, news reports covered parents who were somehow shocked that their children were Nazis and had to “disown” them publicly. Other reports claimed that not all the people gathered were bad people. One white supremacist rioter, Peter Cvjetanovic (pictured), told reporters: “I’m not the angry racist they see in that photo.” Yet, he can be seen (clearly) screaming amongst his white supremacist ilk.

Rather than focusing on the fact that this was, indeed, a white supremacist rally where white supremacists were marching and saying white supremacist things like “Jews will not replace us,” the news latched onto the revisionist imaginings of the white people involved and their parents. They effectively were gaslighted and attempted to gaslight readers with the notion that white supremacists and Nazis are actually maybe not so bad after all.

At the end of September, the New York Times published a story about a fifth grade class assignment that asked kids to explain the thinking of Ku Klux Klan members. According to a now deleted Facebook post, the original assignment asked students of Oak Pointe Elementary School in Irmo, South Carolina to imagine that they were members of the KKK. Next, the assignment asked: “Why do you think your treatment of African-Americans is justified?” While the teacher is now on “administrative leave,” the logics behind this assignment point to a larger process of complicity in the gaslighting of racial harm and the power to manipulate the narratives associated with this phenomenon. By asking children to think through the motivations and intentions of KKK members, it frames their position as somehow rationale and worth investigation rather than rooted in hatred, violence, and a genocidal history.

Even the recent news that long-time Hollywood fixture Harvey Weinstein has been sexually harassing women for decades — even paying many of them off to remain silent — reveals the normalization of misogyny and abuse in public life. Scores of confidants and colleagues have known of his actions yet none have advocated for the justice of the women he harmed.

By reorienting the focus toward the purported good qualities of abusers or silencing victims of abuse, media, co-workers, friends, family, and swaths of collective “others” are complicit in rewriting narratives of abuse. They affirm the gaslighting of victims and survivors. They simultaneously enable abusers.

How gaslighting shows up in our daily lives

Many of us deal daily with abusers and their gaslighting tactics.

I have been dealing with an abuser for three years. He has publicly yelled at me, undermined my thoughts in professional environments, interrupted me repeatedly, and generally acted as if my intellectual contributions are moot. Yet, he is convinced these experiences are really figments of my imagination. When his actions escalated, resulting in him locking me in a room, positioning himself between me and the door, and screaming at me for calling him a racist and a misogynist, he convened a group of people to defend his character. He intentionally recruited queer people, women, and other folks of color to give the illusion that those were “his people.”

Now, nearly two and half years later, he continues to misrepresent my words to others. After avoiding him all this time, he has decided that the real problem is me. In his mind, I am actually prejudiced against him. He, on the other hand, is faultless.

Meanwhile, most of the people around him say nothing. While many have sent me personal messages and emails, had private conversations, or met with me for coffee just to talk about him, none of them feels comfortable enough to confront him directly. So, here we are, years later, and I am still the target of his ire.

Our complicity in racist and gendered (and all) abuse

I imagine that the numbers of men marching in Charlottesville who believe themselves not to be the racists we see are just like my abuser. They commit harmful, violent acts against others but — as long as no one sees them or says anything — they never really have to face themselves in the mirror.

But, imagine what might happen in this country for racial and gender minorities if more of us had the courage to confront the racist, misogynistic abusers in our personal lives. Imagine if we called our friends out when they used transphobic language rather than leaving it to the future trans person they abuse to have to do that labor. Or, imagine if we checked our racist sibling for their inherent anti-Blackness instead of leaving it to their Black classmate who has to endure them for years of grad school. Imagine if we took ownership of the abusers in our own lives and didn’t let them gaslight their victims while we sat on our hands, hoping they would just mature their way out of it.

Now, imagine what it would mean if we understood that saying nothing in the face of abuse was actually saying quite a lot.