Getting socks for Christmas: On the pain we carry from holidays past 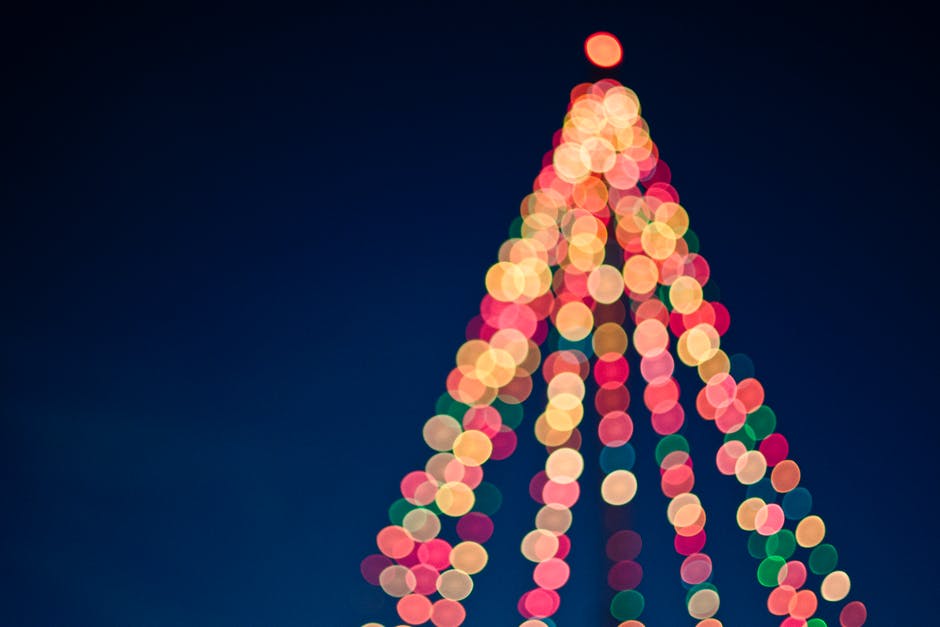 It was a few days before Christmas. The kids were off of school. I was wishing I had a nanny.

“I’m supposed to take care of J,” my daughter declared.

“And, I’m supposed to take care of both of you, ” my oldest son replied to her, also referencing his 4-year-old brother.

“That’s true,” I said from the kitchen as I reheated green beans with smoked turkey, fried chicken, and some Brussels Sprouts.

“I take care of myself, baby. Always have.”

When I was eight years old, I still believed in the big fat white man with rosy cheeks, a deep, jolly laugh, and a list comprised of both the good and the bad kids. I wanted so badly to meet him. So, I told my mother and stepfather that I was staying up and sleeping in the living room to catch him in the act. I baked chocolate chip cookies and poured a glass of milk before bed, stealing one cookie for myself on the way.

As I laid down to sleep that night, I had hope in my heart, hope in the possibility that magic still existed, hope in the mythical man who could deliver me presents in return for my good grades and even better behavior all year.

We didn’t have a lot of money. Most years, I received a few books, a blonde-haired Barbie doll, and a new set of Christmas-themed pajamas. I was accustomed to focusing on the feeling of Christmas, the warmth that came from singing “Carol of the Bells”, “Silent Night”, and “Joy to the World” with the joint children’s and adult choir at church. So, I didn’t care much about the gifts. But, I wanted to see Santa.

I must have drifted off after watching A Christmas Story and Christmas with the California Raisins for what had to be the 90th time.

The next day, with a little disappointment, I opened Christmas gifts. A doll. A sweater. A few cards with money inside.

And, a pair of socks. Not pretty socks. They didn’t have ruffles or flowers or anything that would make them stand out from all the other socks in a lineup. A plastic bag, a 6-pack of pure white tube socks. My aunt bought them.

I hated Christmas, partly because it meant more work for me and partly because I had stopped believing in Santa Claus a long time ago. I was 11 years old. I stood over six feet tall which meant that I would be performing hours of manual labor around the house this holiday season. My stepdad was deployed and it was my job to step in and fill the gaps.

I was already resentful about Christmas because we had run out of gas in my mom’s Subaru a few days before. Stranded near our church, I had to push the car to the nearest gas station so we could get it filled up and get home. It was demoralizing.

To get the tree home, I had wrestled and tugged on the six foot tall Douglas Fir that was already starting to dry out before getting it strapped to the car. We bought it near a freeway overpass in the Lakeshore area of Oakland so it probably wasn’t entirely fresh, but it would do. Once home, I cut it off from our sedan and dragged it up the front stairs into the house.

Now, it was time to get the tree in the stand.

A few speckles of something fell into my glasses. I dusted my face and looked up at the ceiling.

“What was that?!?” my mom yelled from the kitchen.

I was frozen with fear so I didn’t speak.

“What was it?” she repeated.

“— made a hole in the ceiling. I’m sorry mama. I was trying to get the tree in the stand. There’s nothing I can do about it at this point.”

She started muttering under her breath about how she had to get that fixed now too; there were already repairs that we needed on the pipes. She was angry and I felt bad.

I gingerly placed the tree in the stand and quietly finished decorating it. We ate in separate rooms that evening.

I expected nothing that Christmas except good food and family visiting. Just a few months earlier, I had to share my birthday party with my pregnant cousin; they threw a baby shower at my house on the same day. She would probably be stopping by with the baby.

Her mom bought me another pair of socks for Christmas that year.

This was the first Christmas where I actually had money and people who I wanted to buy presents for. I had been estranged from my parents for a few years, off and on, and my partner had invited me to his mom’s for the holiday. Admittedly, we splurged that year. We were 19 years old, my university was paying me more to live at school than I needed, and we were in love.

I hadn’t received a Christmas gift from anyone since I was 15 years old, partly because that was the year before my mom remarried and sent me to live with my father, and partly because I hadn’t had a steady living environment since high school.

We showered each other with gifts that year. I bought my partner an overly expensive pair of Timberland’s in Midnight Blue. They were two sizes too big but the store didn’t have his size so I bought them anyway. He would give them away a few years later. He bought me a Coach bag, my first one from an actual Coach store.

We bought his mom the most expensive pair of slippers I had ever seen from Brookstone. She loved her current pair but they needed to go. While she loved the gift, his cousin was unimpressed.

“You all bought yourselves all that expensive stuff and then you buy your mom some slippers?” she asked in front of everyone else.

“She needs a new pair of slippers,” my partner replied.

“And, those are not cheap slippers,” I added.

I couldn’t tell if she was angry about the slippers or about the hundreds of dollars we had spent on each other. I looked down at the most expensive bag I had ever owned in my life, a gift that I didn’t have to buy for myself, a gift I actually needed, and I felt something.

I slid my hand across the leather. I smelled the inside of the bag. This was for me.

“You’re not in the Christmas spirit this year, like, at all,” he said to me.

Two days before Christmas and the tree still isn’t up. The lights were hung just two nights ago. Gifts remain unwrapped.

I recently started a new diet. Grad school has been kicking my ass. I haven’t been feeling well. And, just like every year, I’m feeling as though there is no reason to believe in magic, no reason to hope for things.

“Maybe you need to listen to some music. We gotta get you in the spirit,” he joked half lightheartedly, half concerned.

I may never feel it again. I may have conditioned myself to not feel the hope of my 8th Christmas. I may have forgotten what it means to look forward to getting gifts after so many years of not receiving them or feeling shame when I did.

But then I remembered that, a few days ago, he bought me the cutest pair of socks. They were grey with little white swirls and Christmas-y designs on them. I had been walking around with holey wool socks that were just asking to be thrown away.

Unlike the California coolness where I grew up, living in Chicago means that warm socks are vital to life. He also bought me a red hat just because. It’s the same color as my hair and my glasses. I wore them both for days after he got them.

“What about Daddy? Who does Daddy take care of?” my oldest asked.

“It’s okay. Daddy takes care of me too. We take care of each other.”