On being Black, being disposed of, and seeking status. 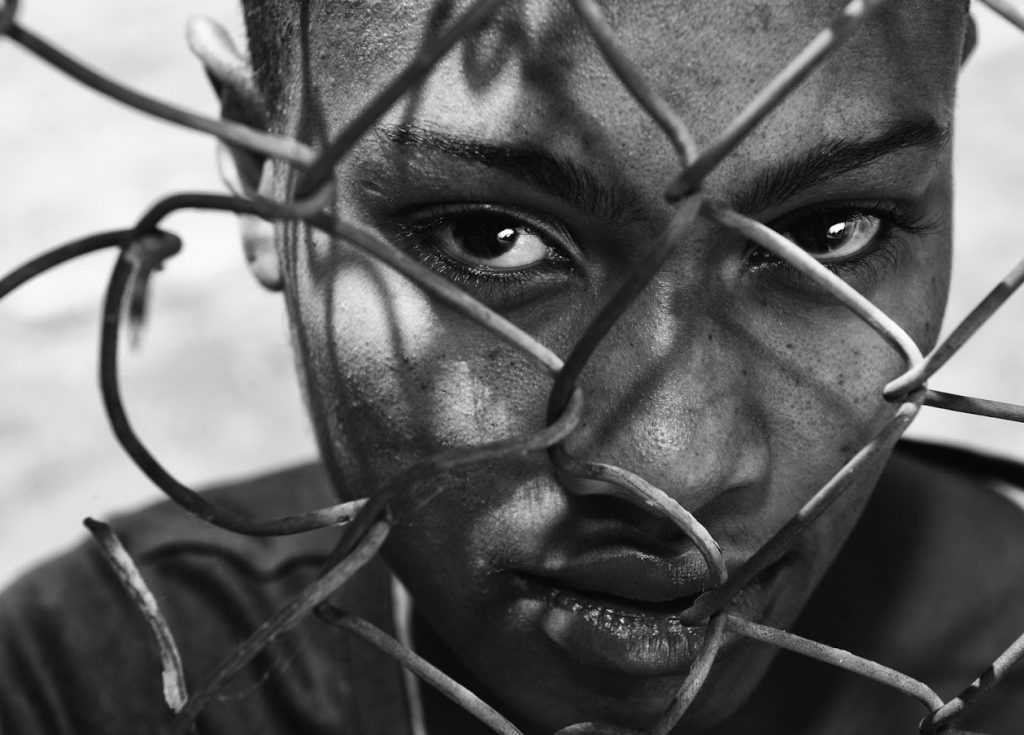 “You may as well leave my class now because you’re wasting my time and your’s,” Mr. Harris interrupted our Calculus class. “You’re never going to be anything anyway. Why are you even here?”

At first, I didn’t know he was talking to me because I had my mirror out and was checking my face for probably the eighteenth time that morning. I had been struggling with acne for years and was incredibly self-conscious about it. So, what most people read as vanity or “wasting time,” was me attempting to constantly watch the craters on my face, fearful that one might ooze, bleed, or pop without my knowing—a happening in high school that would have been the greatest embarrassment of my life, apparently.

I put my mirror down. I looked at the short Black man with the too long afro that was also too short. He was standing in front of a wall covered with flags of various colleges that his students had gone on to. I was always amazed at how many there were.

“Just go,” he replied with a simple wave of his hand, turning his back to me and moving on to complete the lesson.

I collected my things. I didn’t look around my mostly white class full of kids who I would see for the next three periods. My mama taught me to never walk around with my head hung low, to be proud of myself no matter what, so I smiled. I fixed my black lip liner, sucked in the tears that were hiding just behind the ball of emotions in my throat, and checked my mirror one last time (a decision Mr. Harris scoffed at, saying something like, “are you serious?”) as I sauntered out of the class. I still remember the crisp air on my face as I walked toward the main building of Oakland Technical High School. It was a comfortably sunny Bay Area day.

“He doesn’t even fucking know me,” I said out loud. Then, I laughed to myself at the idea that I would “never be anything.”

Mr. Harris later blackballed me when I applied to tutor Algebra (a class I had gotten an A in). He never considered that I needed the position to feed myself since my home life wasn’t entirely predictable at the moment or that working long hours at The Gap at night after school was taking its toll on my ability to pay attention in early classes.

That was a tough year for me, one full of hard lessons. I was in that precarious point of Black adolescence when parents are struggling to maintain control and kids are seeking control of their own, all in a world that doesn’t care either way.

My mom had effectively moved out. I was often hungry, sometimes eating out of vending machines until my retail paychecks came in. I stopped hanging with friends and spent most lunchtimes crying in my AP History teacher’s classroom, often using her phone to call my mom and beg her to come home.

Nonetheless, Mr. Harris, like many other people before him and even more people after him, threw me away. He simply waved his hand so that I would no longer consume his space, time, or oxygen. As a 16-year-old Black girl in a city with many more police officers than college counselors, I began to see that my disposal was a part of a larger system of processes, one that I would have to actively push against for the rest of my life.

Now, as I sit uneasily in a middle-class lifestyle, one that affords me freedom of movement and choices I never imagined as a poor and working-class kid, I remember those experiences, those waved hands. I remember how those intents to get rid of me, to erase me, fueled a desire for me not to “show them,” or to “have the victory,” but to never confuse the world’s ability to dole out status as an accomplishment in and of itself. It drove me to never see my education as a measure of my worth. It drove me to see in the other disposable people what Mr. Harris refused to see in me: a deeply complicated, complexly situated Black person working through a system of abuses and exploitations I had no hand in creating.

Maybe being disposed of made me soft. Maybe it made me gullible or naive. Some people have claimed that too.

Those things might all be true. What is also true, however, is that being disposed of made me hate status. It made me see status for what it was and is: just another tool of whiteness and assimilation, another mechanism of capitalistic consumerism, another measure of popularity that is almost always anti-Black, anti-liberation, and anti-us.

So, no, I don’t seek status. I don’t particularly care for it nor is status crucial to what I do. But, being disposed of is probably the most important driving force in my commitment to Black people. The not knowing, the uncertainty, the darkness I was forced to navigate knowing full well it wasn’t fair or my fault, that is what fuels my commitment to Black Liberty.

I’m just so grateful I still remember what it feels like to be disposed of.